Duet Protocol Ico is a synthetic assets minter built on a Yield Aggregator that automates the process of yield farming, maximizes its returns, and releases additional liquidity to the users. In the short run, the receipt token holder can enhance their returns by utilizing stablecoins minted with the Duet protocol. In the long run, Duet protocol will be the reserve capital system that supplies liquidity to almost all DeFi protocols whilst generating a world of synthetic assets whose values are 100% backed by its reserves.

Duet protocol (Duet) is a Multi-chain synthetic asset protocol that sharpens all assets for use in the blockchain world. A duet in music refers to a piece of music where two people play different parts or melodies.

It is a synthetic asset minter built on a Yield Aggregator that automates the process of yield farming, maximizes its returns, and releases additional liquidity to the users.

In the long run, the vision for the Duet protocol is to be the entry point of liquidity providing, the reserve capital system that supplies liquidity to almost all DeFi protocols whilst generating a world of synthetic assets whose values are 100% backed by its reserves.

diversify portfolio risks across asset classes in one crypto wallet

delegate power to the users in a transparent & censorship-resistance way.

What is the Duet Token

DUET token is not only the governance asset of the project but also plays an important role in the components. The intention of the design is to balance user incentives and support the medium and long-term development of the protocol. After the main function of the Duet launched, DUET can be used as an important collateral asset for minting synthetic assets, and also can adjust the capital utilization level and collateral ratio.

All of the Duet services including minting unit, security unit, liquidation unit and swap unit charge fees from the users, which is paid to the Duet treasury as income. The Duet DAO will approve spending to various farms. The farms are set with clear goals to grow the ecosystem and in turn increase the demand of the Duet services and thus generating more income.

All farm rewards are paid in $Bonded Duets, which will mature in 12 months time, but can be prematurely sold on the bond open market with a discount determined by market forces. The Duet Treasury buybacks Duet tokens with residual income to increase the price of the Duet token in the long run.

Duet is an open, community-driven protocol governed by DAO. Proposals such as proposed system upgrades, acceptance and removal of collaterals, listing and delisting of dAsset, revisions of DUET incentive plan, are voted collectively by the DUET bond holders. 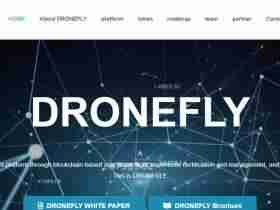