HomeNewsOnly $160 million was stolen by hackers! Wintermute is now...

Only $160 million was stolen by hackers! Wintermute is now bursting with more than $200 million in debt 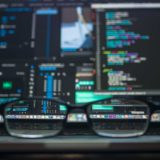 Cryptocurrency market maker Wintermute confirmed a $160 million hack on Tuesday, and while CEO Evgeny Gaevoy vowed to “have the ability to absorb the losses caused by the hacking company,” it was soon revealed that Wintermute had more than $200 million in outstanding DeFi debt .

On September 20, Wintermute founder and CEO Evgeny Gaevoy tweeted that Wintermute lost $160 million in the DeFi hack, but the CeFi and OTC businesses were affected, and said Wintermute’s “remaining equity exceeds the amount of losses. twice as much as solvency”

However, the foreign media “CoinDesk” tracked its holdings  based on the Wintermute Trading  address marked by the data site Nansen and found that Wintermute currently owes more than $200 million in DeFi debt.

The largest debt involves a $92 million Tether (USDT) loan issued by TrueFi that is due on October 15, while other arrears include Maple Finance ’s $75 million debt ( USDC and WETH ) and Clearpool ’s $22.4 million in debt.

Hackers have begun transferring stolen assets, with $111 million believed to have been sent to Curve Finance’s 3pool, a move that some observers believe is to avoid the stablecoin being frozen by issuers Tether and Circle.

At the end of the quarter, a large number of bitcoins flowed out of exchanges! Ambush for the “Uptober” rally in October?

Robert Kiyosaki: By the end of 2022, the US dollar will collapse

SBF wanted to buy Twitter for $5 billion! Musk did not pay for “this reason”?

Ripple wins a round of SEC lawsuits! XRP surges 10% on news