HomeNews The short-term trend is still to see the...

[The Crazy Talks Trend] The short-term trend is still to see the second bottom rebound, and it is very difficult to make a new low at this position 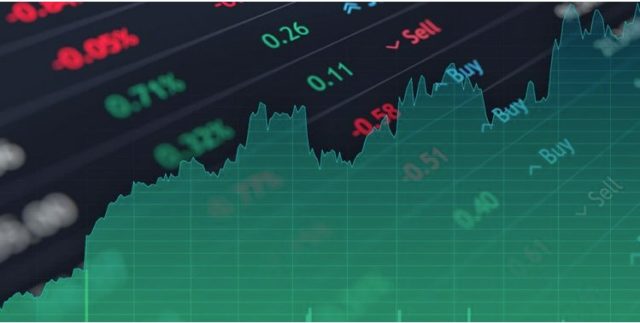 The CPI in the euro zone increased by 8.6% year-on-year in June, which continued to hit a record high and continued to exceed expectations. Inflation in Europe is mainly due to the dispute between Russia and Ukraine. The supply of energy and food has been cut off in large quantities, which has seriously affected people’s livelihood. Cost of living, the longer the war between the two countries, the more damage it will cause to the social stability of Europe. In the end, there will either be a reconciliation or a bigger conflict. At present, we cannot see any concession from Russia.

After all, it has resources and hard currency. Fear of any economic consumption, NATO has no concessions, both sides are rigid to the end, it is difficult to predict how the war will develop in the end, but for the economy, it will be a kind of destruction, not good for the capital market, high inflation It means that it will continue to tighten, and risk assets will be under pressure across the board. The CPI data from the United States will be released on July 13. This data is the focus of global attention and will also become a watershed in the market trend.

After the collapse caused by Terra, the affected companies still have not solved their financial problems, Three Arrows Capital has filed for bankruptcy protection in the New York court, Celsius is preparing for bankruptcy, BlockFi and FTX USA have reached a loan line of 400 million US dollars and $240 million in share purchase rights, Voyager Digital has fully suspended trading and deposits and token rewards. So far, these bad debts have basically been established. Except for BlockFi, which has been rescued, the rest of the companies have not been recognized by capital.

The most important thing is that the bad debt rate is too high to be rescued. Fortunately, these bad debts have not brought more selling pressure and triggered a greater liquidity crisis. This is the end of the matter, and how many investors have lost their money. The risk of the currency circle is high, only the tide will recede. Only when we can see it, so don’t just see others making money, what we can do is to protect ourselves, give ourselves more chips and opportunities, and survive in the market, so that we can enjoy the dividends given by this era.

The monthly transaction volume of the NFT market has dropped by 94% from a high point, which can basically be said to have punctured the speculative bubble, but the number of NFT transactions of some public chains with high throughput, such as SOL, MATIC, etc., is increasing, indicating that the NFT market is still There is a logic of its return to value. In the future, more people will choose the way of digital survival and reshape the life mode of the world.

At this time, the winner is the one who loses the least. In addition, Musk has not spoken on social media for 9 days, setting a record for the longest silence in nearly 5 years. I don’t know if there are other urgent matters waiting for him to deal with. At least in the process of acquiring Twitter, his silence is very unusual.

Analysts at Deutsche Bank predict that Bitcoin will recover to $28,000 by the end of the year, given its linkage with U.S. stocks. The madman believes that, in view of history, the worst market will have a trend of rising in a year, so the probability of a rebound to around 30,000 in the second half of the year is high.

Binance founder CZ said that within 5-10 years Defi will surpass Cefi because no one wants to hold someone else’s cash or data. This is his view of the future. According to this logic, Defi projects are very worth participating in at this time.

The scale of crypto investment products in June hit the lowest level since December 2020, with the decline mainly coming from ETFs and trust products. It shows that institutions threw a lot in June, many of which were to make up for their liquidity gaps, and many crypto companies in this wave have ended their entrepreneurial journeys.