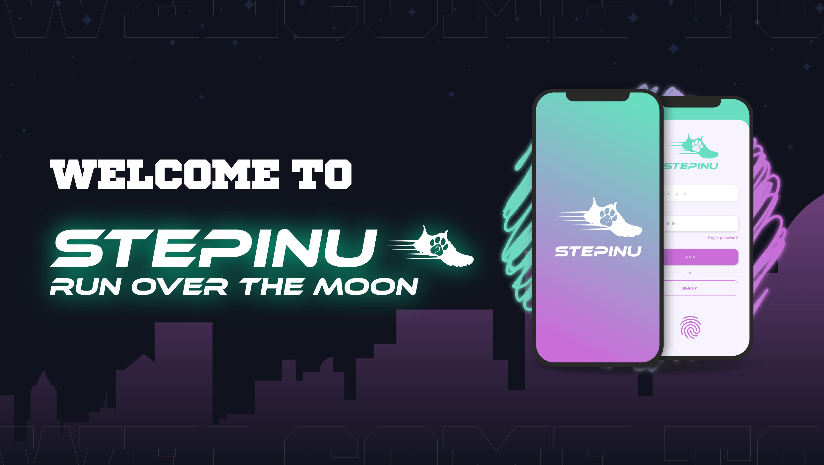 STEPINU is a fantastic project for those who want to strengthen the friendship with their pet and earn money in a meaningful way while walking. They are the first Move-To-Earn & Play t- to- Earn project that has a close relationship with pets. The mission of the Social-Fi system in the future is to help millions of pet lovers connect with each other and take their pets out together.

Social-Fi will become even better with Web3 technology, a trend that will take the lead in the future. Users utilize their NFTs connected with a smart collar called StepInu-Collar. Every step you and your pet take together will definitely create many incredible results.

How to Move to Earn?

A app allows players to Earn Money while walking with animals. With user-friendly interface design and easy to use even for newbies. Each NFT will have a different energy level, which means you can walk your pet more and spend more time together while still making money. Every time the energy runs out, you can still spend time with pets in your own way. STEPINU are also timing the move-to-earn activity appropriately to ensure the health of both you and your pet, and to avoid excessive move-to-earn abuse.

While the STEPINU App is not actively used, users will be able to continue earning $STEPI. Background Mode will count the steps directly from their mobile device’s Health Data app, capped at 4,000 steps daily. These earnings are fixed (not affected by Efficiency or other bonuses) and will not add towards the daily $STEPI. NFT’s energy level and the number of $STEPI that can be earned in 24 hours are limited depending on the level of the NFT.

STEPINU ready to bring its users into a virtual game world with countless new experiences and outstanding economic benefits – Doggo Battlefield. Doggo Battlefield is more than just a game. Doggo Battlefield is a vast world, a culture, a society, an endless landscape with endless possibilities. Not only will players have the opportunity to collect assets (NFT) and earn money simply by playing, but they will also provide players with an unlimited and no-tutorial Metaverse.

The sound of gunfire in the night broke the calm atmosphere, breaking the peace on the Doggo planet. The people of the Far West with greed and hatred are coming to the Far East. They want to fight and rule this rich land.

It all started with the irony of creation, when the East of the land, where the sunlight is bright, has extremely rich nature, and the West of the globe is a place with a harsh climate with many different lands like barren, cold, or hot and dry. The Shiba King ruled the East with a loving heart, the Eastern Doggos worked hard in farming, cultural and economic construction. Meanwhile, in the Far West, Pitbull Lord always focuses on building an army, ready for the annexation of the Far East.

STEPINU thousands of years of persistent clashes, Pitbull and the Western legion started a great war. A powerful army of Knights, Hunters, Archers, Warhorses, Witches, Wizards, are ready to spread terror wherever they go. The East Coast is also not a place without talent, Eastern Doggo is forged in the cradle of martial arts, they have outstanding Samurai, Imperial assassins, Miasma Ninja, Swordsman.

STEPINU brings players lost in extremely attractive missions. Game system owns up to 6 different maps, players will have the option to find novelty. Along with that, the task bosses are also changed and upgraded regularly to increase the challenge factor through each round. Players can participate in PvE from level 4, this will help players have time to raise pets and get used to the tasks in the Game PvE in Doggo Battlefield. Fight with other Doggos to receive many attractive items. Fighting room system with unique and flexible rules decided by the player.

The PvP Arena allows you to show off the full potential of Doggo. PvP is open seasonally and, recording player battle history, ranking players, and unlocking end-of-season rewards. PvP will bring players to the real Game experience. Where you fight with other players and get fame, rewards, they give players the freedom to create their own rooms, with no instructions and no rules.

The Social Networking Platform is built on Blockchain in the form of Web3. Allows users to build a new social network that is fair, respects freedom of speech, and all usage history is public Web3 platform will help social network expand to everyone. STEPINU build a social network so that users of other apps can share their moments on a common community.