HomeNewsThe former and former CTOs of Ripple have two... 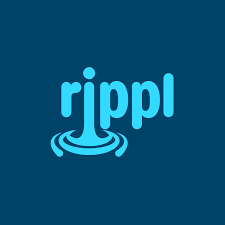 The sell-off of former Ripple CTO Jed McCaleb came to an end on July 17 this year. On the other hand, David Schwartz, the current CTO of Ripple, tweeted that it was a big mistake that he did not choose Ripple (XRP) and was paid in cash.

Jed McCaleb’s famous “Tacostand” wallet has now sold almost all of its Ripple coins, leaving only 46.7 Ripple coins, and then stopped selling any more

According to blockchain researcher XRP Scan, Jed McCaleb made his last Ripple transfer on July 17, selling 1.1 million Ripple coins worth $394,742.18. Hours later, the account displayed an “Account Delete” transaction, indicating that it would be removed from the Ripple ledger.

The deal allows Jed McCaleb to complete a 9 billion Ripple sell-off that began in 2014. He is the co-founder and former chief technology officer of Ripple Labs, and started selling Ripple after leaving Ripple in 2013 to start the office chain project Stellar.

The crypto community is happy to see Jed McCaleb releasing Ripple over the past 8 years, as these releases represent 18.6% of the total circulating supply.

Interestingly, some had assumed that Jed McCaleb would choose to keep the last batch of 5 million Ripple coins “in case the price skyrockets later.”

The price of XRP is currently still fluctuating around $0.36. Ripple is clearly gathering momentum for a price surge due to heavy buying and approaching resistance levels. Ripple’s price has surged more than 18% in the past 30 days, with a market value of $17.6 billion, outperforming Binance’s U.S. dollar stablecoin BUSD. Ripple’s trading volume also increased by 18% in the past 24 hours to $1.53 billion.

However, Ripple still faces lawsuits. The SEC sued Ripple Labs in late 2020, accusing Ripple and its executives of using Ripple to mislead investors and claiming that Ripple is a security.

On the other hand, David Schwartz, the current chief technology officer of Ripple, tweeted that he was once offered the option of receiving about 500 million Ripple coins from the company, and it was a big mistake that he did not choose. He added that at first he had to choose between Ripple and salary, but that was not the choice he really faced as he needed the money at the time. However, Ripple is almost perfectly liquid.

At the time, David Schwartz said, all he needed was money, and as long as Ripple was listed on the exchange, he could buy it from there without having to get Ripple from the company.

But it turns out that 500 million Ripple coins are worth about $181 million today.