Mummy is an incredibly immersive and free P2E game that will send players hunting for lost NFTs in an ancient virtual world of great civilizations, bringing together blockchain’s new play-to-earn model for gaming, gorgeous visuals and advanced character customization in an expansive 3D fantasy world, where players can earn crypto as they delve into the Mysteries of the Ancient World.

The robust economy is tied to the Mummy Metaverse with a combination of assets (NFTs). Players are incentivised to stake their MMY tokens and NFTs in order to be able to enjoy the full gaming experience. Within the Ancient World-inspired universe, anyone can earn tokens through skilled gameplay and contributions to the ecosystem.

Players can battle, explore, collect, stake, buy and trade NFTs in the form of land, treasures, cards and other in-game items.The open-world metaverse will support building custom kingdoms, decorating buildings and inviting other players to visit them. The objective is to bring P2E gaming to new heights with gorgeous visuals, adrenaline-fueled battles, compelling quests and advanced character progression and customization.

The Jackal, with the face of such a beast and the body of a human, who is said to bring those mightiest kings into the afterlife, and judge their worth on the scales of Osiris himself..

Explore a vast living world full of wonder and magic in an Ancient Egypt environment alongside friends and adventurers.

The game is being developed in Unreal Engine 5 and VR technology. The name of the token is MMY – a utility token on Binance Smart Chain – which is distributed and used for NFT in-game item purchases. The MMYs can be obtained in a form of compensation, tokens will also be created as a reward for players when participating in in-game activities such as battles, quests, random events, NFT sales or rewards from winning games or finding treasure chests. The tokens will finally be also purchased on the exchange from 1Q2022. Please see the detailed token economy in whitepaper.

Mummy creates a virtual playground of Ancient worlds and civilizations. The gaming ecosystem integrates NFTs with gameplay, allowing players and stakers to earn better rewards through completing quests as well as increasing their in-game skill and experience levels. The Mummy Metaverse is brought to life through a compelling visual style and environmental storytelling where players untangle the secrets of the forgotten Egyptian civilization and explore an immersive 3D world. At the heart of the Mummy multiverse is Virtual Interface. This Mummy Virtual Interface comes packed with a full suite of dApps.

Players can create guilds and invite others to join. The advantage of being in a guild is that players can participate in tournaments and compete against top players for in-game rewards and real-life cash prizes. Guilds can challenge other guilds for higher rewards. Battles are held in
the Mummy arena. Each member must have a card pack ready before each round. For example, let’s look at a battle between two guilds in the arena:
◊ Guild X – 20 players ready to fight
◊ Guild Y – 10 players ready to fight
(In this scenario, guild X can only participate with 10 players. They can cast a vote or submit for battle, and the guild leader will choose who will participate in the actual battle)

One of the most promising Metaverse MMO Action driven games to date. Stunning stylized graphics with great magic skills. I had quite the fun playing it, devs did a great job so far.

Want all the latest news on Mummy? Then join Social Media for:
– News
– Patch Notes
– Discussions
– Bug Reports
– and much much more!

Tags: How It Work Mummy How To Buy Mummy Mummy.io Mummy.io Ico 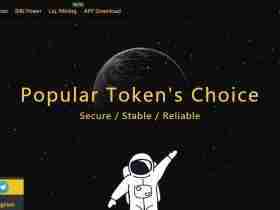 Biki Crypto Exchange Review: It Is Good Or Bad? 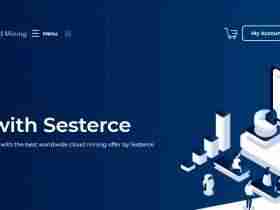