HomeNewsCrypto NewsInvest in LUNA and lose millions! He won 10 million... 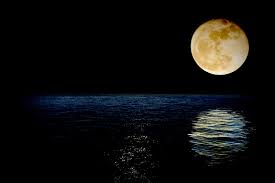 In May of this year, Terra’s algorithmic stable currency UST and governance token LUNA both collapsed. Many investors suffered huge losses and felt hopeless, but poker player Espen Jorstad from Norway was not discouraged, but held the remaining cash. Go to a poker tournament and finally win the championship and become famous, from a loss of 1 million US dollars to a bonus of 10 million US dollars, creating a life-changing legend.

Before participating in the World Series of Poker (WSOP) in June, Espen Jorstad wrote down his thoughts in an Instagram post saying that about a month ago, he was still at the peak of his life, and the past 2 or 3 years have seen a good record in poker tournaments, cryptocurrency With the rise, there are still some income from side jobs and investments, and the purse has a lot of income.

Espen Jorstad went on to say that his life, which had been smooth sailing, took a rather brutal turn in early May this year. The collapse of LUNA surprised him and felt quite frustrated. At that time, he invested almost all of his wealth in the Terra ecosystem and held There are more than $1 million LUNA (mostly), UST, ANC, ASTRO and other tokens, but since most of these tokens have a lock-up period of weeks to months, he can only watch the price of the currency plummet, Ended up losing 95% of the position.

With millions of dollars worth of losses, Espen Jorstad did not sign up for the $25,000 tournament when he later participated in the World Series of Poker. Hall of Fame Arena, all the way to the Main Event to become the World Champion. He says,

The smartest thing to do is to take a step back, grind it back, and don’t take an overly aggressive shot at the higher stakes.

ith 8,663 poker players competing at this year’s World Series of Poker, Espen Jorstad came into the final day with the chip lead, taking turns against Australia’s Adrian Attenborough, who gave up a sizable stack Taking the lead, he finally won the highest honor in the poker world, and took the first golden bracelet in his life into his pocket.

Today, Espen Jorstad’s title-winning legend has become a favorite in the currency circle. In response to the post of Crypto KOL Cobie after the game, he said