HomeNewsCrypto NewsQuestioned by the SEC that "can't pay $1 billion"! Binance.US... 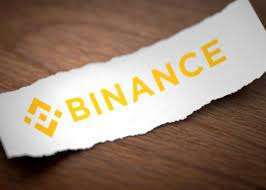 Binance ’s U.S. business, Binance.US, plans to spend more than $1 billion to acquire Voyager Digital. The U.S. Securities and Exchange Commission (SEC) recently filed a limited objection, asking a judge to block the acquisition until more details about the transaction are obtained.

In a “Limited Objection” court document filed on Jan. 4, the SEC challenged that the acquisition agreement contained insufficient information to include necessary information about how Binance.US financed the acquisition. Information, that is, doubts about the financial ability of Binance.US to complete more than $1 billion in transactions.

Industry observers commented that the SEC’s opposition to the acquisition means that the agency believes that operating Binance.US as a separate legal entity will not be able to afford the acquisition unless it relies on “some bad deals” such as the acquisition from Binance.com ) to obtain funds.

The SEC said it raised those concerns with Voyager Digital, who said a revised disclosure statement would be filed before the next motions hearing.

Binance ’s U.S. business , Binance.US , said last month it intended to spend about $1.022 billion to buy the assets and business of cryptocurrency lending firm Voyager Digital to bring it out of bankruptcy.

Under the acquisition agreement, Binance. US will pay Voyager a $10 million security deposit and reimburse Voyager up to $15 million in certain fees. The purchase price includes $20 million, plus repayments to Voyager customers, and the $1 billion valuation is mostly made up .