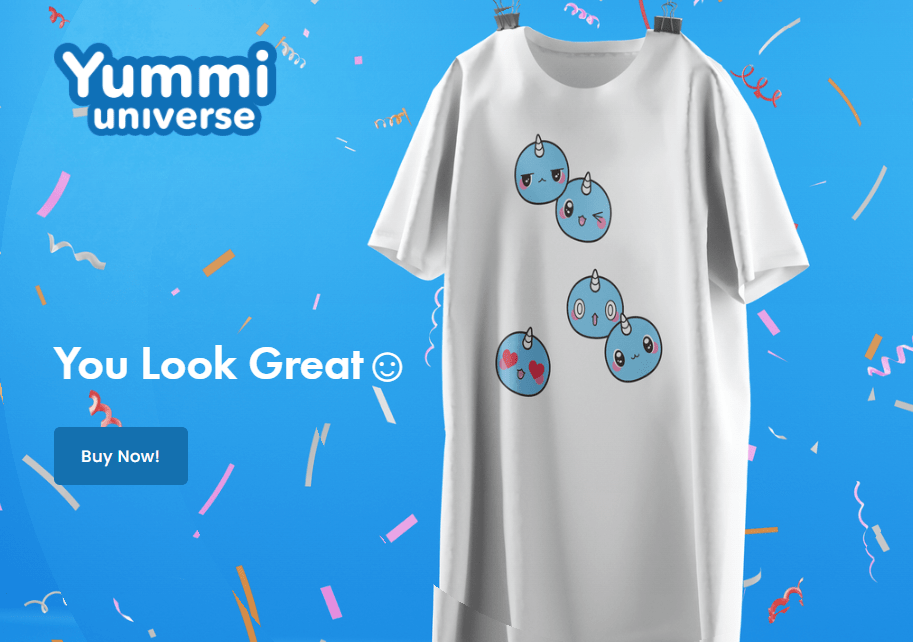 What Is Yummi Universe (YUMMI)?

Yummi Universe aims to bring a creature collection similar to Pokémon, Yu-Gi-Oh!, Digimon and Moshi Monsters to the realm of blockchain. They want to create an inspiring project that is accessible for everyone! A universe that encourages players to battle together, trade with each other and most of all, have fun. They have successfully released multiple collections of your adorable mascot, Naru, and are actively working on developing a full-blown ecosystem which utilises your existing NFTs, as well as new tokens designed specifically to be in your upcoming P2E game. This document outlines the current plans for Yummi Universe, while further details about game development will be disclosed in the upcoming Blue Paper in Q2. Current features are subject to change. More details will be revealed as progress is made.

Originally starting as a collaboration with Hungrynaru, Yummi Universe has taken the cNFT landscape by storm, amassing over 6 million ADA in market volume since your launch in April 2021. They are proud to have released two of the most well distributed 10k PFP collections on Cardano, the original 10K PFP Naru and Seasonal 10K Naru collections, giving a large, diverse and dedicated fanbase, which is also showcased by the low amount of your tokens currently listed on marketplaces. Universe has released multiple other successful collections, including high quality 3D renditions of your mascot Naru and Seasonal 10K Naru continuing to renew itself throughout the year by a forward thinking token-burn mechanic.

Yummi Universe aims to create a full-scale ecosystem, made up of various on-chain and off-chain components that incorporate many different features centered around a Play-2-Earn game and your Cardano native token $Yummi. From an impressive NFT art collection acting as utility tokens, to a web app proposing different types of staking, governance and more planned, they aim to create a vibrant and long lasting product on Cardano.

Regarding the game, they are planning on using a “play-first” approach, where fun is the center of the experience and crypto is used as a competitive tool to engage players further, as opposed to “earn-first” where the main allure comes from earning money. By doing things this way, they will create a dedicated player base that loves and cares about the game. From there, they can use decentralized democratic governance to give users a voice in its future development.

Yummi Universe choose to build on blockchain technology, specifically Cardano, because we love the visionary aspects of renewing the economic sector and bringing more freedom to the world. Cardano is one of the most environmentally friendly blockchains and they are big fans of its approach to researched and proven technology. They believe it has the future-proof foundation needed to build the secure, decentralized, scalable and governable applications they desire.

A baby step approach is planned for the decentralization and P2E aspects of the game, keeping a steady hand on the system as it rolls out to tweak parameters and to ensure the incentives are ideal for prosperous growth. They will build while gradually decentralizing your components as the development, your expertise and the blockchain moves forward. A setting like yours, where they are centered around a game that leaves full custody of its in-game assets to the users (as they are NFTs on the Cardano blockchain), is already an innovation and a paradigm shift compared to other traditional games.

Yummi Universe journey doesn’t stop here. In the future, on top of an ecosystem running on Cardano, they would love to expand the franchise into different mediums such as a TV series and manga, different kinds of video games and an ever expanding merchandising department. They are eager to show you more of what is to come for Yummi Universe and hope you’ll join and grow.

The team is made up of crypto and Cardano enthusiasts, who want to build something that can help with getting blockchain technology adopted by the masses, by showcasing how monster collecting can take advantage of revolutionary technology. To learn more about the team please visit your team page.