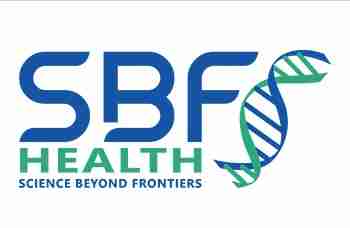 Sam Bankman-Fried (SBF), a 30-year-old billionaire and co-founder of digital asset exchange FTX Trading, is providing lines of credit for players in the cryptocurrency space. The latest is to lend a helping hand to cryptocurrency lending platform BlockFi in an attempt to curb cryptocurrencies. The situation that the industry is in trouble is spreading.

BlockFi, whose fundraising status shows an increasingly low valuation, said on June 21 that it had secured a $250 million revolving line of credit from FTX

A wave of liquidations has sparked fears of contagion in the cryptocurrency industry, following a sharp sell-off of digital assets by investors and the collapse of LUNA and UST. In addition, cryptocurrency lenders Celsius and Babel Finance have frozen withdrawals, and cryptocurrency hedge fund Three Arrows Capital is facing liquidity issues.

Anthony Scaramucci, founder of SkyBridge Capital, said Sam Bankman-Fried’s bailout was like a “modern day John Pierpoint Morgan (founder of JPMorgan)” who bailed out the market during the 1907 crisis, when the banking industry panicked and contributed to the U.S. The establishment of the Fed system.

In response to media inquiries, an FTX spokesperson quoted Sam Bankman-Fried’s June 21 Twitter post, ” We take our responsibility seriously to protect the digital asset ecosystem and its customers.”

Sam Bankman-Fried said in a recent interview that he has a responsibility to step in to stem the contagion and help the industry thrive ” even if it costs me something.”

“Over the past weekend, it was important to find a white knight who can help stabilize this market ,” Jeff Dorman, chief investment officer at asset manager Arca, said in a report on Tuesday . And there are many players who are encouraged to make sure the industry doesn’t collapse.”

Large cryptocurrency companies have a history of bail-out of troubled peers.

Noel Hebert, head of credit research at Bloomberg Intelligence, said Sam Bankman-Fried’s latest financing is not in the same situation as private equity firms are funding distressed companies. Players within the cryptocurrency industry, he said, are the only ones with an incentive to lend right now.

However, U.S. Securities and Exchange Commission (SEC) Commissioner Hester Peirce opposed any bailouts of cryptocurrency companies, arguing that it is better to let these things happen naturally in order to promote a more stable industry.