HomeICOReign of Terror Ico Review: It Is Legit Or...

Reign of Terror Ico Review: It Is Legit Or Scam? 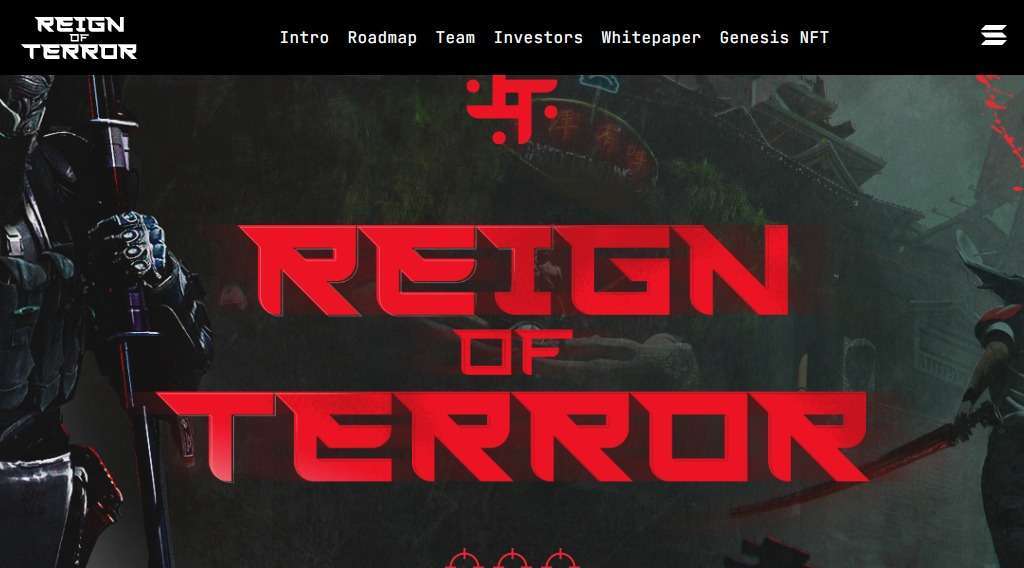 About Reign of Terror

Reign of Terror is a tactical turn based RPG that takes place in a cyberpunk metaverse. Players go through the storyline by completing various types of missions that require collecting a diverse set of NFTs and items, represented as different game elements, such as agents, units, equipment, crafting, land system and guilds.

What Are Some Key Aspects of RoT?

Enter a dystopian future on a distant planet. A world where the rich live above you not only figuratively, but literally. Fight against the systems put in place in order to free people from the will of a nearly all powerful Emperor.

Create Your Own Tactical Squad:

Choose from a range of different agents to tackle problems and defeat enemies in unique ways. Use Marksmen to defeat enemies from afar or get up close and personal with Fighters and Tanks. Use Support and Specialist units to improve your Agents and turn the battlefield against your enemies.

Build Facilities on Lands you obtain in the Reign of Terror world. Built Facilities to produce rare and valuable resources for yourself and your friends. Defend your Lands and Facilities from attacks while attacking others.

Who Are the Founders of RoT?

The core team members of RoT include Joseph, Seewan, Thomas and Alvin. Joseph is the founder, and he has more than 10 years of experience in the gaming industry. He helped bring mobile games to a global audience in multinational game companies such as Perfect World, GREE International, Tencent, and NetEase. He had an interest in blockchain since 2017 and became heavily involved in DeFi and NFTs early 2020. Seewan is the CTO who has more than 15 years of experience with companies spanning the globe such as Electronic Arts, Softworld Amber Studios, QVOD, Epic, and Ubisoft.

He specializes in MMORPGs, VR/AR, large-scale platforms, blockchain and other online games. Thomas is the creative director with more than 10 years experience as a professional artist mostly in games, specializing in world building. He also worked on Hollywood movie IPs such as Wonder Woman and Suicide Squad. He also had several successful NFT project launches on Ethereum and Polygon.

Alvin is the game design director who has 10 years of experience in running his own game studio specialization in both PC and moblie games. He is also one of the leading pioneers of the metaverse in Singapore through his previous tech company, digitizing Singapore for use in future metaverse applications in conjunction with Singapore’s own initiatives. He has a strong background in banking and economics.

What is the NFT Genesis Drop?

The NFT Genesis Drop includes 10,000 high quality 2D generative art profile images with unique and complex rarity and trait generation system. Each NFT Genesis PFP gives their holder access to a free land plot that can be staked in the game. Each NFT from the Genesis Series can be used in the RoT Meta Pre-Game for staking quests that can net the holder special items used in Reign of Terror at launch (June 2022).

Prior to the launch of our game, we are offering a unique access to some amazing NFTs in our initial Genesis PFP NFT sale. Each NFT is offering special advantages.

Subscribe and get unique opportunities to be part of the early adopters before mass adoption.

Icmarkets Review : Is Good Forex Broker Or Not ? 2023 Pro Or Cons Latest Updated

Exness Review : Is Good Forex Broker Or Not ? 2023 Pro Or Cons Latest Updated