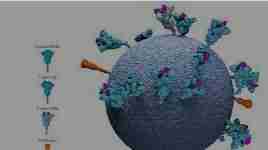 ryptocurrency brokerage Voyager Digital said it could issue a default notice to the cryptocurrency hedge fund if Three Arrows Capital fails to repay a loan of about $666 million by June 27.

Voyager Digital said it previously lent Three Arrows 15,250 bitcoins (about $310 million) and $350 million in USDC, for a total of about $666 million based on bitcoin’s current price.

Voyager Digital asked Three Arrows to repay $25 million in USDC by June 24, and all owed by June 27. With those deadlines just days away, Voyager said none of those payments have been repaid.

Three Arrows Capital said on June 17 that it had suffered significant losses in the recent market downturn and hired legal and financial advisors to find a way out, The Wall Street Journal reported . Three Arrows Capital did not respond to a request for comment by press time.

Co-founder Kyle Davies pointed out that Three Arrows Capital invested more than $200 million in LUNA in February this year, but then suffered the collapse of the Terra ecosystem, the investment is now basically worthless, and is considering selling the asset or seeking another company. ‘s rescue. Just last week, Three Arrows Capital was reportedly liquidated for $400 million and faces bankruptcy.

Voyager Digital said it was discussing legal proceedings to seek compensation for its potential losses and was unable to assess how much debt Three Arrows would be able to repay.

Voyager Digital also said it had secured a substantial loan from cryptocurrency trading firm Alameda Research to meet clients’ liquidity needs, which included $200 million in cash and U.S. dollar stablecoins and 15,000 bitcoins, which will be used “in the current Protect client assets in volatile market conditions”. The company also has about $152 million in cash and cryptocurrency on hand, and another $20 million that can only be used to buy USDC.

Shares of Voyager, which is listed on the Toronto Stock Exchange, have fallen 95% so far this year, according to FactSet.

The crypto winter is coming, and many crypto companies are facing liquidity pressure. Investors have been dumping speculative assets such as cryptocurrencies as the Federal Reserve continues to raise interest rates to curb inflation. To this end, major cryptocurrency exchanges such as Coinbase, BlockFi and Crypto.com have announced layoffs.

BlockFi said Tuesday that it has secured a $250 million revolving line of credit from FTX, the digital asset exchange of Alameda Research founder Sam Bankman- Fried.

A wave of liquidations has sparked fears of contagion in the cryptocurrency industry, with cryptocurrency lenders Celsius and Babel Finance both freezing withdrawals due to extreme market conditions, while Three Arrows Capital faces liquidity issues.