What Is CryptoSandwiches (CHI) Coin Review ?

CryptoSandwiches (https://cryptosandwiches.com) is an NFT game packed with strategies. It is the first food-themed game to come in the Tasty Plants series. It is a game that is deeply rooted in our human food culture. For the first time, CryptoSandwiches seamlessly integrates battle fights and a food race planet. It boasts of breakthrough in playability of food fight and blockchain games, and its fusion of the two genres.

CryptoSandwiches has been deployed on BNB Smart Chain. It runs on browsers across platforms and requires a digital asset wallet of Web 3.0 architecture to start off. it is a fully on-chain game that facilitates P2E (Play to Earn) and GAMEFI (Decentralized Game Finance) on basis of blockchain smart contract. The game adopts BEP20, BEP1155 and BEP908 Token standards as its game equity basis. Its Magic Tablecloth, Big Belly Box, Alchemy and combat system are built on a set of self-contained and complementary token economy system that can reach out to external economy.

CryptoSandwiches The spread of a vicious rotting disease, Bugs, Beasts, Humans et al. down the Waste Station in the depth of the cosmic abyss are marked as the foodies. It doesn’t take long for the corrupted food races to run out of CHI the Flavory Calories from wet wastes. Thus a galaxy-wide pandemic is plotted to cripple the entire galaxy. The CHI Crisis is real and fast. Tasty Planets are in life and death battle with the ruthless invaders. The best of the food race is summoned up and recruited into Yummy Coalition forces and kept waging war after war against the Sick Axis’s ruthless invasions.

CryptoSandwiches In defense of the immortal Crypto Food Soul, for a never-ending party that with no one left behind, this Tasty Galaxy have to take unanimous actions to liberate infected food races across the entire galaxy. The Sandwich planet, which is the first to confront the invaders, is running headlong to Burp War with the infested. This marks the opening chapter of the anti-infective concerto. The enslaved food races begun the desperate counter-attack. Their slogan – live free or die, food lovers never lie.

WEB3 era does not only brings about better productivity, better shopping and entertainment experience in real life, but it aims to reconstruct asset ownership and value system both in a higher dimension and at a lower level. The CryptoSandwiches game world is one such fusion world built on solid economic foundations. It provides an opportunity and gives experience to make material and spiritual gain visible, sustainable and profitable.

CryptoSandwiches Up to 42,000 unique NFTs by BEP1155 standard will be minted in the CryptoSandwiches strategy game. Among them 24,000 are ingredient NFTs of meat, sauces, fruits, and vegetables. The other 18,000are equipment NFTs of heads, hands, and foot. All the above are basic NFT materials for the game.

CryptoSandwiches The land on the planet consists of 5 pieces of tablecloth with magic attributes of metal, wood, water, fire, and earth. Tablecloth is not only a necessity for synthesis of sandwich heroes in alchemy, but also a battlefield for sandwich heroes to fight against food invaders. It is also the virtual land into which offline catering economy is to be introduced later and an equity medium of virtual space 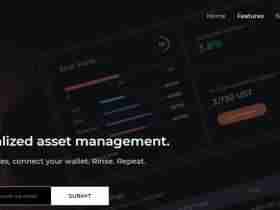 What Is sBTC (sBTC)? Complete Guide Review About sBTC.