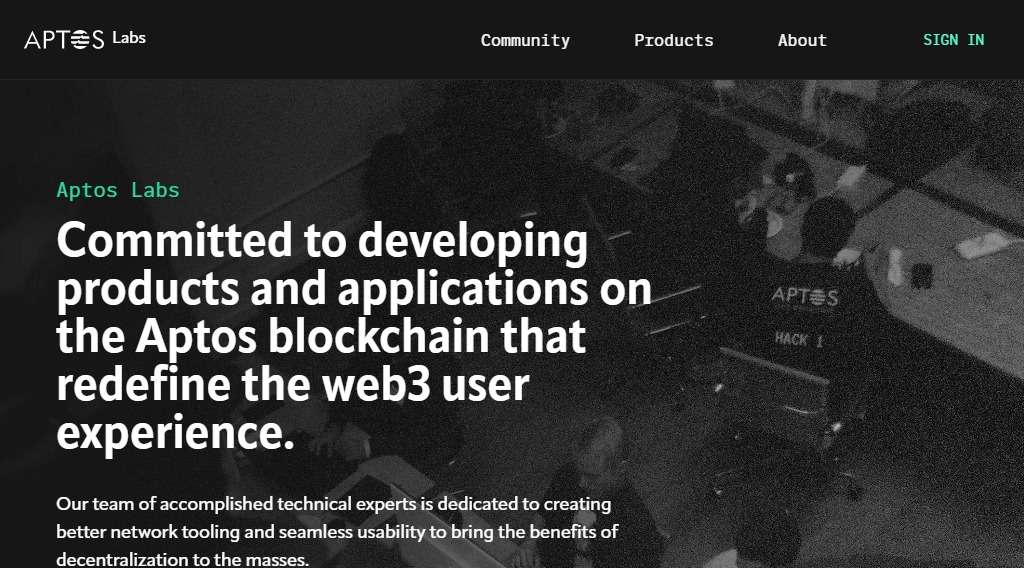 Aptos’s vision is a blockchain that brings mainstream adoption to web3 and empowers an ecosystem of DApps to solve real-world user problems. The PoS blockchain can achieve a theoretical transaction throughput of over 150,000 transactions per second (tps) through parallel execution.

In March 2022, The raised $200 million in a seed round led by the venture capital firm Andreessen Horowitz (a16z). Other crypto heavyweights like Tiger Global and Multicoin Capital took part in the funding round. Fast forward to July, the startup raised another $150 million in a Series A round led by Sam Bankman-Fried’s FTX Ventures and Jump Crypto.

Two months later, Binance Labs made a strategic investment of an undisclosed amount in Aptos Coin, bringing its valuation to $4 billion in September. On Oct. 18, 2022, Aptos announced the mainnet launch, while the Aptos genesis occurred on Oct. 12, 2022.

Who Are the Founders of Aptos?

Aptos is the brainchild of Mo Shaikh and Avery Ching, both former employees of Meta. Mo, who is the current CEO of the company, is a founder with years of multinational financial services and blockchain/crypto experience. According to his LinkedIn profile, he specializes in scaling products and has experience in the private equity and venture capital markets.

The duo worked together on the Diem blockchain project at Meta. Shaikh and Ching decided to join forces to create Aptos Labs when the Diem project was discontinued in January 2022. It, therefore, comes as no surprise that Aptos employs some of the technicalities of Diem.

Other members of the team include researchers, designers, and engineers from Diem.

For a start, the Aptos team claims that its network can process over 150,000 tps. By comparison, Ethereum’s mainnet tps is around 12 to 15.

This high transaction throughput is possible through a parallel execution engine (Block-STM) — a byzantine fault-tolerant (BFT) PoS consensus mechanism. For context, most blockchains execute transactions sequentially, which means that a single failed transaction or high demand on the network could hold up the entire chain.

In the case of Aptos, all transactions are processed simultaneously and validated afterward. Failed transactions are either re-executed or aborted, thanks to the blockchain’s software transactional memory libraries, which spot and manage conflicts.

This is built using Move, a new smart contract programming language that claims to offer advantages to Solidity, the EVM-based programming language. This includes blockchain commands that can be easily verified, modification of private key and modular design of Aptos.

New use cases can be realized through Aptos’ upgradeability and configurability, while horizontal throughput scalability — through the natively-implemented sharding feature — provides a better user experience.

How Much Aptos is in Circulation?

APT is the native currency of the blockchain. It has an initial total supply of 1 billion and at the time of writing, its circulating supply is 130 million APT.

Investors and core contributors are subjected to a four-year vesting schedule from mainnet launch. The Aptos team announced a token airdrop of 20 million APT tokens to early testnet users on Oct. 19, 2022.

How Is the Aptos Network Secured?

The BFT is quite similar to DiemBFT, originally developed for Diem. “BFT ” means ‘Byzantine Fault-Tolerant,’ and a network is said to be Byzantine fault-tolerant if it can continue to operate normally even if some of its members go offline or turn malicious.

The BFT is a custom-made consensus algorithm based on the HotStuff protocol. While there are a lot of background technicalities around how the protocol secures the network, the algorithm analyzes the on-chain state and automatically updates leader rotations to adjust for non-responsive validators without human intervention.

Where Can Buy Aptos?

The APT token can be purchased and traded on a number of exchanges, including Binance, FTX, Huobi, KuCoin, Coinbase and more.

Icmarkets Review : Is Good Forex Broker Or Not ? 2023 Pro Or Cons Latest Updated

Exness Review : Is Good Forex Broker Or Not ? 2023 Pro Or Cons Latest Updated