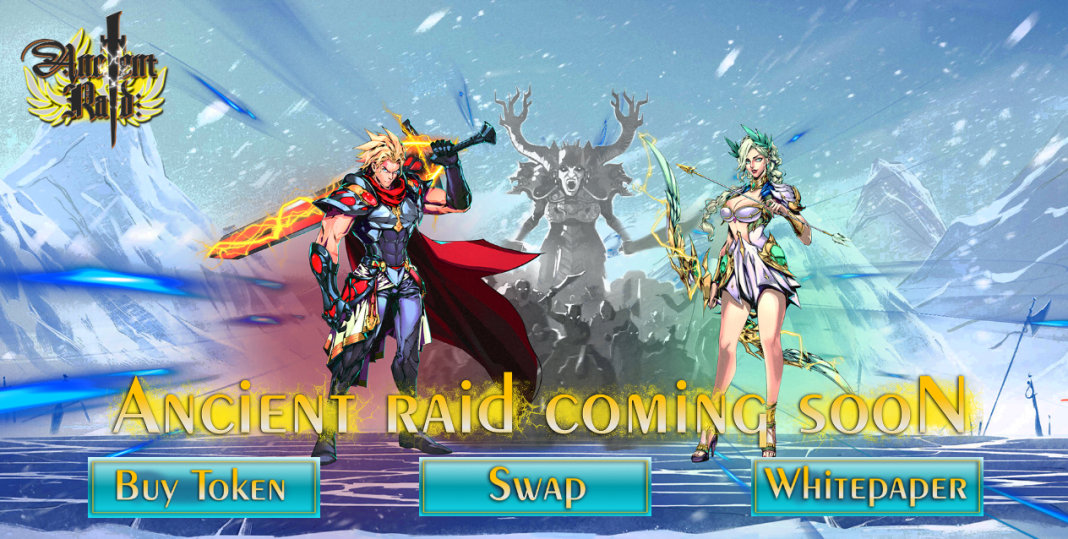 Ancient Raid game consists of Heroes and Warriors, who are in a constant struggle for survival against the Demon Hordes that threaten to overrun the earth. Build your team and battle the Demons to earn rewards, upgrade your characters, and earn valuable items in your strategy game that contains thousands of potential outcomes. Angered by the Gods who drove him out, the fallen angel opened a portal to the underworld and unleashed an army of Demons. He became the Demon King. And with his Demon Hordes behind him, they waged war on the Gods for centuries. The Gods could not withstand the powers of hell, and were eventually defeated by the Demons.

So the Demon King trapped the Gods forever in a deep grave. And then released hell upon the world. He summoned the 4 Races of the world to fight by his side – Humans, Beasts, Elves, and Dragons. He gave his power to the Heroes of these races, and together they built a group of elite Warriors to battle the Demon Hordes for survival. He also showed the Heroes how to summon an ancient key that had the power to awaken more of the Gods that had been trapped.

So they could build their resistance stronger together. Now the war between good and evil rages all over the world. Demon armies leave behind death and destruction everywhere they go. The world’s last hope lies in these chosen Heroes and Warriors, who sacrifice everything to fight against the Demons alongside the Gods. Become a Hero, build your party of Warriors, and fight the Demons to save the world.

Who Are The Founders of Ancient Raid

There are 5 Hero characters to start, and 5 Warrior characters of each race. But since each will randomly be assigned an elemental attribute upon minting, there are thousands of potential combinations that can form your team. It’s your Hero that determines your team’s attributes, and your Warriors add up to give your team a combined combat power to fight the Demons. There are different levels of Demon bosses, and therefore higher levels of combined combat power you’ll need to fight as the levels get harder.

RAID is the only token of the game. It’s a BEP20 token that is paired with BUSD. RAID is the token used for in-game rewards; as well as the token needed to mint NFT characters, upgrade/revive Heroes, fight in battles, and other such in-game usage mechanics. By creating an economy that both pays rewards in RAID and requires RAID to play the game, they feel have created a balanced P2E ecosystem. Heroes are the leader of your battle team. Each battle team consists of 1 Hero and 5 warriors. And your Hero characteristics will determine your team’s attributes.There are 5 Hero NFT – 3 male and 2 female. Your Hero character will be a random chance at mint. All Heroes start out at Level 1.

Where Can You Buy Ancient Raid (RAID)?

Ancient Raid Tokens Can Be Purchased On Most Exchanges. One Choice To Trade Is On PancakeSwap (V2), As It Has The Highest USDT/RAID.e Trading Volume, $8,947 As Of February 2021. Next is OKEx, With A Trading Volume Of $6,180,82. Other option To Trade Include USDT/RAID And Huobi Global. Of Course, It Is Important To Note That Investing In Cryptocurrency Comes With A Risk, Just Like Any Other Investment Opportunity.

Where I Can Find Ancient Raid Whitepaper?

You Can Find Ancient Raid Whitepaper By Clicking Here

Where I Can Buy/Sell Balancer Token?

You Can Buy or Sell Balancer Token On Some Popular Exchange For Example – PancakeSwap (V2).

What is Circulating Supply Of Balancer Token?

About Ancient Raid Ancient Raid game consists of Heroes and Warriors, who are in a constant struggle for survival against the Demon Hordes that threaten to overrun the earth. Build your team and battle the Demons to earn rewards, upgrade your characters, and earn valuable...Ancient Raid (RAID) Coin Guide & Detailed Review
WOOTFIMagazine PRO
Facebook
Instagram
Twitter
Youtube

The cross-chain bridge was hacked, and the Binance Smart Chain BSC shut down in an emergency! Estimated loss of about $100 million

There is another hacking incident in the cryptocurrency market,...