Verus.io Coin is a zero-knowledge technology, privacy-oriented project working to offer Public Blockchains as a Service (PBaaS). The Coin introduces a new consensus algorithm called Proof of Power, a 50% PoW / 50% PoS algorithm, which aims to solve weaknesses in other PoS systems.

The PoP algorithm is reportedly provably immune to 51% hash attacks, making one of the most double-spend resistant public blockchain(s) running. The also uses VerusHash 2.0, a quantum-resistant hash algorithm that aims to bridge the performance gap between CPUs, GPUs, and FPGAs.

The Verus.io Coin’s project vision is to enable automatic blockchain provisioning with PBaaS, provisioned by Verus miners, and stakers. The claims to be a100% fairly launched community project, with no-ICO and premine,

Verus.io has a robust and thriving protocol economy with opportunities for everyone to earn through mining and staking.

Verus.io is open-source, borderless and permission less. It doesn’t matter who you are or where you live. Anyone can participate.

Verus.io are an open-source platform available to anyone. they supply tools for individuals and organizations to build equitable frameworks for social and economic change. The initial Verus release was pre-announced on Bitcointalk with zero premine, and team members mined and staked along with everyone else to generate coins.

Verus.io developers donated their early mining and staking proceeds to a community foundation, which has also been supported with other community donations in order to support the ongoing growth and project development by core developers and the community for years to come.

Verus.io enable all people to participate in and benefit from a blockchain service economy. This is an open, borderless and decentralised blockchain project, it is important to create value for the people who maintain the network; the miners and stokers. It was launched as a public fair launch, with no premine, ICO, or similar event. There are no founder or developer fees. All fees are 100% recycled through mining and staking to create the groundwork for a thriving economy.

They miners and stakers are competing to win the next block to collect its block reward. In the ecosystem not only block rewards are added to the winning block, but also registration fees, conversion fees and transaction fees. These fees can outperform traditional block rewards. There is a lot to gain by putting computers to work with mining, or coins through staking.

Verus.io 2.2 is the mining algorithm for. The algorithm was developed to equalize mining equitability across hardware classes, and to create a naturally decentralized miner ecosystem. No specialized mining equipment is necessary to mine , and it can even be solo-mined directly from the Desktop wallet with just a few clicks, without any additional software requirements. Beginners can find an even level playing field to start earning.

They anyone can earn by participating in the network economy. Use your computer power to help secure the network, or simply put your holdings to work by staking.

Verus.io securing the network one can earn more than just block rewards. There are a number of fees collected in each found block, such as when a ID is created and conversions fees to and from reserve currencies.

Verus.io With Verus, they introduce digital tools to enable all to build a better world together. they will monetarily incentivize – with the technologies – behavior that strengthens communities and institutions. This is the thing that’s missing in the online world today: Fiscal incentive for communal behavior built into the very fabric of its function.

They will maintain the development as an open source project and contribute back to the broader open source community, as they leverage the contributions of others that have made it possible for to begin realizing the vision as a community.

Not All The Websites Which Listed In Top List Are 100% Safe To Use Or Investment. We Do Not Promote Any Of Those. Due Diligence Is Your Own Responsibility. You Should Never Make An Investment In An Online Program With Money You Aren’t Prepared To Lose. Make Sure To Research The Website. So Please Take Care Of Your Investments. And Be On The Safe Site And Avoid Much Losing Online.

What Is Aeternity (AE)? Complete Guide Review About Aeternity. 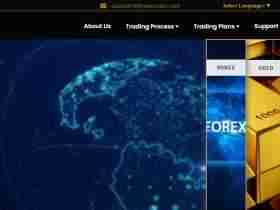 What Is Niros (NIROS)? Complete Guide Review About Niros.