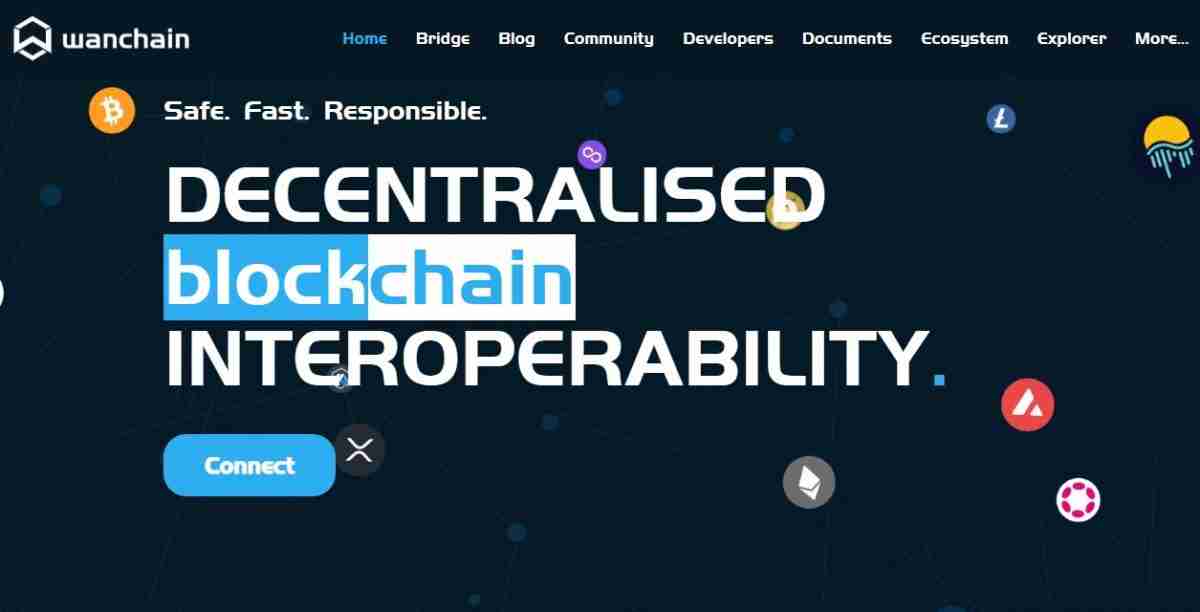 wanUNI drives blockchain adoption through crosschain interoperability by building fully decentralised direct bridges that connect the world’s many siloed blockchain networks. Wan chain’s direct bridges do not rely on any centralised hub or relay chain. Anyone can deploy a Wan chain bridge node. Nodes are rotated and re-elected on a monthly basis.

Direct bridges require no intermediaries or relay network to complete cross chain transactions. When moving assets from one blockchain to another, the assets are transferred directly from the source chain to the destination chain.

NFT bridges use the lock-mint-burn-unlock mechanism. wanUNI moving NFTs from one blockchain to another, the original NFT is securely locked on the source chain before a duplicate is minted on the destination chain. NFT IDs and attributes are also transferred.

wanUNI decentralized blockchain interoperability network empowers developers to build truly decentralized cross chain applications to power the future of DeFi. Join the growing community to connect with developers and innovators around the world.

wanUNI concept of Financial Inclusion seeks to give disadvantaged people and small enterprises, worldwide, better access to the financial system and low-cost financial services. Two and a half billion people in the world are unable to use banks, open savings accounts or obtain credit cards and are therefore separated from the global economy. Cross-border remittances through banks incur high fees.

Ordinary investors can only buy relatively low-end financial products from banks and other financial institutions and can’t take part in early-stage investments of technology companies such as Google and Alibaba before they are listed. It is also difficult for many small to medium enterprises to obtain loan support from banks, despite good credit and outstanding performance, because they are not the target customers of traditional banks under the 80/20 rule.

In the early days of traditional banks, currency exchange was their main purpose, and functions such as currency custody, payments, settlements and remittances were gradually developed. At last, modern banks with deposits and loans as their main business were born. wanUNI can be said that a bank is a ledger recording debtor-creditor relationships. Every receipt, payment and transfer of funds is, in fact, a change of corresponding assets in a bank ledger that supports more than one asset.

An exchange settlement among different banks is actually an asset record change on different ledgers. It must be ensured that the assets are not double spent, regardless of whether the asset changes are in the same ledger or in different ledgers. Based on this phenomenon, wanUNI need a distributed “bank” where different digital currencies and digital assets can be transferred in, transferred out and exchanged by blockchains.

Libertyvps Web Hosting Review: Bitcoin as one of your many payment methods.