The first Massively Multiplayer Online Blockchain based Open World built and owned by its users with Photorealistic Graphics in Virtual Reality, the dreamed place, where you can do absolutely anything, and get rewarded for everything! Victoriavr live in an amazing world that is constantly progressing and becoming faster every day thanks to newer and more innovative technologies; however are limited. They are limited by laws, A human body, physics and time. The imagination is much larger than the world live in. But imagine a world where none of this applies.

ICO Hot List does not provide investment, financial, or legal advice. This site cannot substitute for professional advice and independent factual verification. ICO Hot List does not endorse any initial coin offerings advertised on this site but does receive compensation for advertising certain offerings. Sponsored content is clearly marked in company listings and e-mail newsletter.

The Game Change Team Behind Victoriavr

Victoriavr vision is for you to be able to materialize your craziest ideas or most secret wishes and
enable you to experience your greatest life desires. You can share everything with everyone. This goal is to give you unlimited possibilities (when working, creating, discovering, and trading). Thanks to long, revolutionary, clandestine development and the combination of freshly emerging technologies, a perfect team and great strong strategic partners, they are able to offer to users Massively Multiplayer Online Open World Game With Realistic Textures in
Virtual Reality.

Thanks to the registration of all assets that were received in the game and directly created
by the users on the blockchain, the VR world is fully owned by users and the community,
which also creates the rules for the whole community, since the whole world of VICTORIA
VR is DAO (Decentralized Autonomous Organization).

Comparison With the Competition

Victoriavr at VICTORIA VR have been well aware of how Virtual Reality will change world, but
at the same time they also know that the right timing is absolutely crucial. That’s why they’ve
been waiting for the right moment and technology that will allow to be the best on the
market. VICTORIA VR is a fully upgradeable world. Thanks to the combination of several
newly created technologies, what they can send into virtual glasses has not been possible
in virtual reality in multiplayer so far.

Victoriavr graphics and world capabilities will continue to improve with the latest innovations and the latest trends in the VR sector. That is why a will never stand still. That’s why they are betting on the winning combination: Oculus, Unreal Engine, Blender, Reality Capture, Motion Capture, Face Capture and a company own technology, that will set trends and prepare to be ready for the future.

Global gaming market is expected to exceed $256 billion by 2025 and is projected to
account for a revenue of $1,274.4 billion in 2030. Due to the ongoing lockdown measures there is an increased interest in gaming. While cinemas and theaters continue their ‘door-closed’ policy, home entertainment seems to be the only option for gamers. Recent surveys show that video gamers in the United States spent 45% more time playing video games during their week in quarantine than in the previous week. But the global gaming markets were growing even before the pandemic.

Victoriavr utilizes TheBigMarketVR and NFT Paradise – a decentralized marketplace with NFTs, operating on a smart contract. Why are NFTs so important? As the world becomes more and more digital, many objects emerge as digital only, and the solution to the ownership question are NFTs (non-fungible tokens). Currently, NFT market is getting close to a major milestone — USD 100 million NFTs.

The entire VICTORIA VR Economy is mathematically designed to richly reward all investors
while motivating the experienced users to create and the newcomers to play, explore and
discover. As a result, the world of VICTORIA VR will continue to grow rapidly, which in turn
will reward the investors and the entire community again.

At the same time, everything is mathematically designed so that the wealth/fuel of VICTORIA VR never runs out and the rewards and motivation for players and creators never ends.

Victoria VR Tokens (hereinafter referred to as VR) are ERC20 tokens and the main currency
in VICTORIA VR. This is the first time ever users can “mine” tokens with their activity in Virtual Reality!

The users will be able to get VR by:

● Buying: During pre-sale, on the Exchange.
● Trading: In the TheBigMarket VR.
● “Mining”: For completing the Quests, for exploring the World, in REAL Airdrops, and
in Competitions.
● Staking: Golden Tickets Staking, and Dynamic Staking.

Victoriavr Golden Tickets enable investors in the pre-sale phase to take part in development
and speed it up. Investors will be rewarded several times and will have more advantages
later on. The owners of VR’s Golden Tickets are able to stake their coins for a year with a 20%
reward. The Stakers can claim rewards earlier if they use it as a payment for a VR Land.

Victoriavr Rewards Pool produces VR GAS, which is the fuel of the VICTORIA VR World. After its
launch, GAS is mined by the users (building, creating, completing Quests, playing games,
and exploring the world), depending on their activity. The same amount of produced GAS
will be algorithmically apportioned to all the Stakers every month on PAYDAY (the last day
of the month).

Victoriavr are one of the most important parts of the VR World. Completing them is
productive and fun for users by offering completely different and revolutionary possibilities
of interaction and transmission of information. Thanks to Quests, users get rich and gain
various very rare rewards (in effect, they mine the rewards of the World), which forces
them to keep coming back so that they don’t miss out on a number of opportunities.

For example, Quests will be limited in time or the amount of successful players. Thanks to
Quests, users will also be discovering new possibilities by learning about the benefits of
VICTORIA VR and Virtual Reality in general. This is all achieved through exploring new
places in the virtual world (both the places built by company and directly by the users thanks to
the Revolutionary Algorithmic Quest Creation). 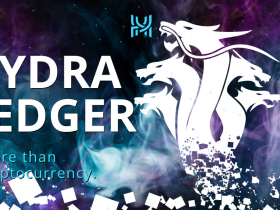 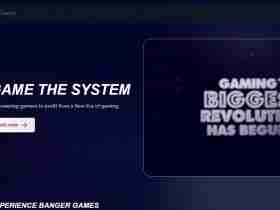