Verasity (VRA) This is Verasity’s most important use case because it combines all of the products into one Sports platform that owns and controls. The Sports platform has scaled to 8.6m viewers for its tournaments. Available SDKs which can be used by any publisher for the following video players: YouTube, Twitch, Vimeo, JWPlayer, Brightcove, VideoJS, Kaltura, Flow Player, iVideo Smart and others (90% of all video players in the West). This is now available for over 2 million video publishers struggling to survive on low advertising revenues

The Popularity of Online Games has Boomed

The Global games market generated over $120B in 2019 much of it driven by complimentary gaming experience by spending real money within games in exchange for items. Verasity takes this to the next level by providing rewards for watching, subscribing & winning with VRA, making Esports Fight Club an excellent use case for Verasity to showcase its products

Market Size Of The Oppournitie

Verasity (VRA) Digital advertising spend worldwide (outside of China) was $325B in 2019, and is on track to reach $389B in 2021. By 2024, advertising spend will be over $525B. $525B is the addressable market. As much as 40% ($160B) of the ad spend is stolen by ad fraud. Verasity will rectify this problem. Verasity has a key patent in video monetization with Proof of View and can tap into not only the ad market but the broader consumer market through NFT digital collectibles, another quickly growing market. Proof of View also provides authentication of a number of parameters including chain of ownership. PoV is not limited to views but can be also used to verify any digital image viewer. Approximately $250M of cumulative sales of NFTs have taken place in the last 12 months while NFTs market cap growth has exceeded 1,785% in 2021 as demand explodes

The Problem Verasity is Trying to Solve

Out of some $400 Billion of online ads, as many as 40% or approximately $160 Billion worth are seen by bots and not humans. That’s $160 Billion of wasted advertising spend by brands! There are over 2 million video publishers struggling with the problem that brands don’t want to pay much for their ad space because they just don’t believe that humans watch the ads. Even Google and Facebook have to return substantial amounts of money to brands every quarter, because ad fraud companies that detect fraud, after the event, are used by brands to justify clawing back their ad spend. And of course that adversely affects the content providers of YouTube and other platforms because they get much less money. Brands pay 5 to 10 times more if they are convinced that the fraud levels are low. And this is where Verasity comes in. Verasity has recently received the US patent to its Proof of View technology that detects and eliminates ad fraud and only records, on the blockchain, genuine human views of ads and video content

Verasity (VRA) developed Proof of View to combat these two separate problems. On detection — the current standard is for analysis to happen after the content has been delivered and often towards the end of an advertising campaign. With technology detects ad fraud as it happens. Utilizing 200 touch points and AI, can determine with very high confidence whether a bot or human is watching an ad or content, in real time. There’s no more waiting for post-delivery fraud analysis or requesting refunds from publishers — ad fraud is detected and eliminated immediately. The Proof of View system also prevents the multiple methods bad actors may try to manipulate view counts and audience metrics. Once the view has been verified as genuine we need to solve the second part of the problem – accounting for valid ads. To provide accountability, and therefore transparency for views, a unique identifier is allocated to all parties involved. When viewers create an account, they are assigned an anonymous and hashed ID that then marks the video views generated by that user. We treat views like transactions which can be recorded on the blockchain.

How? Through its PoV Protocol, Product Layers & Platforms 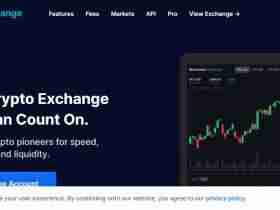 Exchange.blockchain Crypto Exchange Review : It Is Good Or Bad? 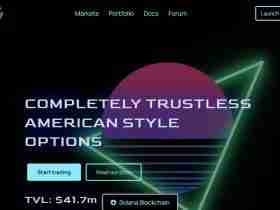 Psyoptions Ico Review: It Is Safe Or Legit Ico?