What is Underground Warriors (WP) ?

Underground Warriors (WP) is a play-to-earn fighting game developed on Lamden’s block chain where your character fights in underground fights for money and fame. You get rewarded with tokens (Warrior Points) for each victory obtained. Each character in UW is a unique NFT, this digital asset will have the ability to level up and evolve within the block chain, giving value to your asset in relation to the time spent playing, this concept gives value to the assets of the players based on to the game economy, thus allowing not only its value to be established in relation to the game token (WP), but the cryptocurrency of the network

Underground Warriors (WP) In addition, there are other NFT that are necessary for the development of the game, for example the Evolution Crystals. These items can be obtained just by playing and completing missions. You can use, buy, or sell them to other players.

Underground Warriors (WP) The dynamism that a game of these characteristics needs: state reading, determining factors and writing to the block chain quickly, are extremely important. This gives the player the opportunity to not have to worry about transaction confirmations, waiting times and loading of their assets is a key factor in a game that aims to be fluid and fast-paced.

Underground Warriors (WP) Much of the transaction costs are borne by the game itself and its platform, in turn, the low cost of using the Lamden block chain allows us to focus on what really matters “Play”, thus allowing players to spend the least in instances where the use of the network is needed and to be able to allow a minimum impact on their actions and profit that they will obtain in the marketplace.

Underground Warriors (WP) The creation of smart contracts in Lamden, the ability to write in Python, the easy interpretation and reading through its wallet or API allow us to develop a game logic that is 100% transparent, auditable, and understandable by community and players. Thus, allowing us to create the rules of the world from the beginning of development and not to be linked to a centralized server.

In addition, the ability to evolve our NFTs, also allow us to give your digital assets the opportunity to not only belong to the world of Underground Warriors, but in the future to be able to be used in any other DAPPS or Automated Market Maker (AMM) that you want, without losing their evolution in the game.

Underground Warriors (WP) The Black Market is place for players to sell their excess items and purchase from other players. Except for auctions, the black market is filled with items by other players.

Auctions are run by the Black Market over a period of 3 days and offers 1 of each standard character starting at 500WP. Your bid in WP will be held until you are outbid by another player, or the auction ends, and you are the winner —If you win you will receive the character NFT in your account, and the Black Market keeps what you bid for the NFT.

Underground Warriors (WP) Using crystals, it is possible to improve your character’s stats at any level. When you reach level 10, if you have 5 crystals of the same element on your character, you can upgrade him to tier 1. To evolve it is necessary to have element crystals and a certain amount of WP. The chance to receive a regular elemental crystal is 5%, this crystal will be aligned to one of the elements. There is also a 2% chance for the rare special crystal which matches all elements. For example, to drastically evolve HEBI’s stats at level 10, it is necessary to have 5 poison crystals and 700 WP. 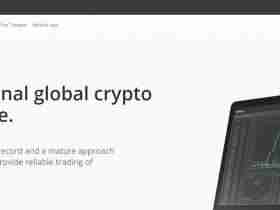 Bitstamp Crypto Exchange Review: It Is Good Or Bad?