Trism is a collectables creator and distributor of original digital art supported by it’s own native token ‘trism’. This tokens can be used to buy and sell NFT’s from the collect ables series. NFT art assets are available on open sea. In the future, this may offer NFT’s that enable the project to generate sustainable and predicat able recurring revenue.

Any recurring revenue generated by the project will be re-distributed to holders via staking of Univ2 LP’s through the re-purchase of tokens in market. Put simply, the more liquidity someone is able to put forward into the pool and stake in the farming contract, the greater their share of recurring revenue.

Trism is controlled short-term by a UK based founding team. Ultimately once the project is self sustaining from sources of recurring revenue, it will switch to a DAO model where token holders vote on how to allocate funds under the stewardship of a core team nominated by holders. All proceeds stay within for the benefit of token holders.

This core team maintain professional employment outside of the project. Ultimately additional team members will be selected by DAO process. It is envisaged all team members will remain unpaid and incentivised by token price performance and yield.

Where are trism collect ables sold?

This maintains a portfolio of collect ables that are either held or listed for sale on rarible.com or open sea.io. These include limited edition sets of collect ables and original 1:1 artworks. Any recurring revenue generated by the project will be re-distributed to holders via staking of Univ2 LP’s.  Put simply, the more liquidity someone is able t put forward, the greater their share of recurring revenue.

This team are 100% incentivised by the growth and profitability of traded collect ables and NFT products. Future options to increase recurring revenue are being considered included Fund and Asset held tokens in other projects whereby returns are converted into for distribution in the farm.

What utility do trism tokens have?

This original collect ables are sold from time to time for profit a portion of which will return funds to the fund and asset wallet. Feedback and sentiment from the community will drive creative direction of NFT’s and commissioning of art. This includes looking at all new and exciting use cases of NFT’s and potentially working with other projects aimed at the long-term goal of sustainable recurring revenue generation.

This valuation will primarily be derived from the balance of liquidity in uniswap LP contracts. Assets sold for or eth will return value to the fund wallet and in turn returned to holders staking via Liquidity Pairs in Uniswap in a owned farm (Pending).

The fixed token issuance allows for the popular model of De-fi farming to be adopted, but with significantly lower risk given there is no increased dilution.  Tokens are gained when assets are sold.  There are 1m tokens and there will never be more than 1m tokens.

After initial airdrop (95% of all tokens were given away), this founder and wallet added, and locked for 12 months liquidity to the Uniswap liquidity pool uniswap.info. Other swaps may become available over time including the possibility of centralised listings. There are 1,000,000 tokens in issue. Minting function has been burned (no further minting possible). Locked tokens include Founder 25,000 held in liquidity and 15,000 Fund and Asset wallet held in liquidity. Both LP contributions are locked until 3rd December 2021.

What Is 0cash (ZCH)? Complete Guide Review About 0cash. 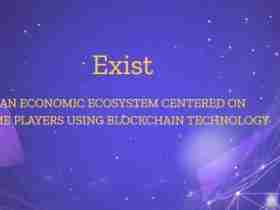 What Is Exist (EXIST)? Complete Guide Review About Exist. 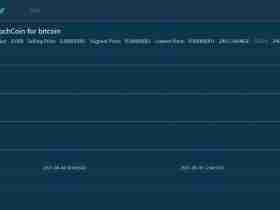 Finexbox.com Crypto Exchange Review: It Is Good Or Bad?