What Is TimeCoinProtocol (TMCN) ?

TimeCoinProtocol GmbH is a subsidiary of TimeTicket, Inc. It has been established to develop and operate TimeCoin Protocol (TCP) and the applications including TimeTicket, eSportStars, and other fan community services. Time Ticket GmbH is 100% owned by TimeTicket, Inc. TimeTicket, Inc. was established in April 2019. The company successfully raised more than $4 Million USD from investors and operates a sharing economy service platform called TimeTicket. Globalway, Inc., which is its parent company, is an experienced leader in web and IT enterprises with a track record for pioneering forward-thinking solutions. Globalway’s service group has over 50 million users annually and listed on the Tokyo Stock Exchange.

TimeTicket functions as an intermediary between people who want to provide services by selling their own time and people who want to purchase them. ‘TimeTicket’ allows users to buy and sell personal time in 30-minute unit. TimeTicket has grown rapidly since the service has launched.Gross Merchandise Value, the total value of merchandise sold on the platform, have increased more than 30-fold within three years and half. The number of users has now reached approximately 500,000.

The sharing economy is booming. But power is skewed towards the platforms such as Uber, AirBnB and Upwork. It’s hard for competitors to attract buyers and sellers. Leading sharing economy marketplaces become monopolies, an advantage they exploit to extract a large portion of value.

Decentralized applications (dApps) through which the sharing economy is realized via the peer-to-peer trading of products and services.

The TCP Application Common Libraries are a JavaScript-based catalog of developer tools which are openly accessible to all TCP developers.

The Open Source Search Server provides a search function will allow users to search for products and services in TCP dApps.

The protocol offers a number of functions including account management, dApp browsing, product or service transactions, settlement, scoring, and token reward allocation. The protocol acts as an intermediary system which facilitates interactions between dApps, IPFS and the Ethereum blockchain as well as external arbitrators and oracles where necessary.

Game Player Matchmaking dApp GameTomodachi provides game players to find a new game friend to play with/against various games. They can communicate with each other about common interest topics. An influencer can sell a ticket to play a game with a fan, share pictures/video, and sell NFT goods as well. 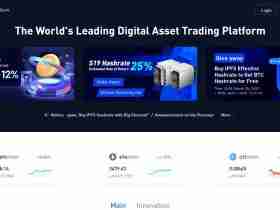 Citex Crypto Exchange Review: It Is Good Or Bad?

What Is Quantic(QUANTIC)? Complete Guide Review About Quantic