The Theta Network and protocol solves various challenges the video streaming industry faces
today. First, tokens on the Theta blockchain are used as an incentive to encourage individual
users to share their redundant computing and bandwidth resources as caching or relay nodes
for video streams. This improves the quality of stream delivery and solves the “last-mile”
delivery problem, the main bottleneck for traditional content delivery pipelines, especially for
high resolution high bit rate 4k, 8k and next generation streams.

Live video streaming accounts for over two-thirds of all internet traffic today, and it is expected
to jump to 82% by 2020, according to Cisco’s June 2016 Visual Networking Index report. In the
1 US, millennials between the ages of 18 and 34 are driving the growth of video streaming, and
are heavy users of services like Netflix, Youtube, and HBO. Streaming video among this group
has jumped 256% from an average of 1.6 hours per week to 5.7 hours per week according to a
SSRS Media and Technology survey, and mobile devices are leading the charge in video
consumption growing 44% in 2015 and 35% in 2016. The top five video streaming players in
2 the US are Facebook, Google/Youtube, Twitter and related properties, Live.ly and Twitch.

The company’s mission is to leverage blockchain technology to create the first Decentralized
Video Streaming and Delivery Network whereby video viewers are incentivized to share
redundant computing and bandwidth resources to address today’s video streaming challenges. Using the Ethereum EVM “World Computer” metaphor, the Theta Network can be viewed as the “World Cache” formed by the memory and bandwidth resources contributed by viewers. Specifically, viewers around the globe can contribute their devices as “caching nodes” whereby they form a video delivery mesh network that is responsible for delivering any given video stream to viewers anywhere around the world optimized for local.

The Theta Network can effectively address the technical challenges discussed in the previous section. First, viewers’ devices are geographically much closer to each other than to the CDN POPs. This reduces packet round-trip time and improves the stream delivery quality, and thus addresses the “last-mile” delivery issue. Second, with a sufficient amount of caching nodes, most viewers will receive the stream from caching nodes, which will help streaming sites reduce their CDN bandwidth cost. Third, caching nodes also reduce round-trip time making foveated and next generation streaming technology practical.

Peer-to-peer streaming focuses on timely delivery of audio and video content under strict, near real-time parameters. Peer-to-peer live stream delivery works best when many people tune in for the same stream at the same time. High concurrent user count means more peering resources are available, and thus the peer nodes can pull the stream from each other more effectively. The whole system capacity increases as more peer nodes become available. Moreover, robustness of the system is increased in a peer-to-peer network, as nodes do not
need to rely on a centralized server to retrieve content.

This is especially important in cases of server failure. In contrast, for centralized CDN-based delivery, high concurrent users instead place scalability pressures on the CDN servers. However, the shortcoming of pure peer-to-peer streaming is availability. Peers come and go at anytime, which makes it difficult to predict the availability of any given peer node. There are also uncontrollable differences of nodes, such as upload and download capacities. On the other hand, a CDN service is more reliable and robust, and hence it can serve as a reliable “backup” when the stream is not available from peer nodes.

In order to provide a list of candidate peer nodes to each client, the tracker server records the
location information whenever a peer joins the network, including its IP address, latitude / longitude, and a number of other performance parameters. With this information the server can organize the nodes in a spatial database. Theta’s “hyper-optimized” spatial database is optimized for storing and querying data that represents objects defined in geometric space. As a peer node joins the network, the server can perform a spatial query to retrieve a list of candidate peers that are in the close proximity very quickly and efficiently, see Figure 4.

The tracker servers and the spatial databases can be maintained by video streaming sites that use the Theta network and/or by community peers for content delivery. As Theta Network mentioned earlier, a peer node might leave the network at anytime. Hence the tracker server also needs to be aware of which nodes are active. To achieve this, an active peer node needs to maintain a socket connection with the server and send heartbeat signals consistently. If the server doesn’t receive a heartbeat for a certain amount of time, it considers that peer node as having left the network, and updates the spatial database accordingly. 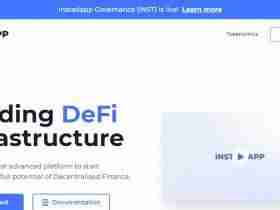 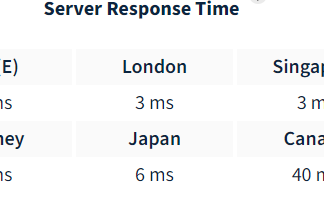 What Is Streamr? (DATA) Complete Guide Review About Streamr.