SuperMegaHyperDoge A New Breed Is Born. In a dark Berlin Basement, the Evil Von Musk was experimenting on poor Doggos, trying to create the Ultimate Canine Killing Machine. Von Musk thought he was a God. Splicing genes, injecting hormones and conducting wicked experiments, all while sending stupid Tweets to mess with the Crypto Market. But little did he know what he would ultimately create. His latest creation was different from the rest. Harder, Better, Faster, Stronger.. Von Musk was afraid. Maybe this time he had gone too far.

SuperMegaHyperDoge In that moment Von Musk knew what he had to do. He approached the cage that held his creation, he would end its life now before it was too late. But this Doggo had other plans. With a look of determination in his eyes, he knew it was time to make his move. Breaking free from his cage, this New Breed attacked Von Musk with lightning speed, leaving him battered and bruised on the cold laboratory floor and escaping into the cold Berlin night. Super Mega Hyper Doge was free. Back at the Lab the Evil Von Musk was already planning his revenge. The battle, when it came, would be Epic. There could be only one winner

The first token, SMHDoge, is the main token of the project. It is used as a currency in playing the P2E Game and can also be Staked to earn rewards in the form of the second token EVMT.

Given the above can calculate the maximum tokens that will be added to the circulating supply each day.

This is just an example – initially there will only be staking rewards and no P2E rewards until that is released, so the % increase is half of the following until Q1 when the Battle Game is released. But this gives an idea of the numbers, and shows how the percentage increase reduces over time.Staking Rewards + P2E Rewards / 730 Days222 Billion + 222 Billion / 730 = 0.60822 Billion TokensInitial Supply 222 BillionPercentage Increase Day 10.6 / 222 * 100 = 0.27%

SMHDoge has a staking platform that allows users to Stake either SMHDoge or SMHDoge LP in order to be rewarded with a second token EVMT (see above)There are 0.60822 Billion EVMT Tokens available to Stakers each day.They are awarded to users as a percentage of the total amount of staked tokens. Users staking SMHDoge/ETH Liquidity Tokens receive a 4x Boost on the number of EVMT Tokens they receive in recognition of the positive effect extra liquidity gives to the project.

2021, thanks to games like Axie Infinity, P2E games have become a huge part of the blockchain space. It has grown into one of the biggest markets in gaming and is set to grow exponentially in the coming years. .Due for release in Q1, first SuperMegaHyperDoge Play to Earn (P2E) Game will be launching. Users will play an Arcade Style game with a high score leaderboard. Users receive token rewards based on their score in-game. These rewards can accumulate and be claimed at any time.

They plan to launch a Merchandise line using the characters from the game. Any profits from such a line will be used to buy back and burn tokens, or donated to charity.

What Is Benzene? (BZN) Complete Guide Review About Benzene. 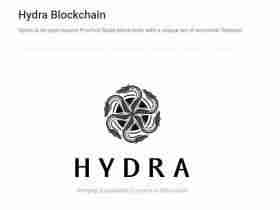 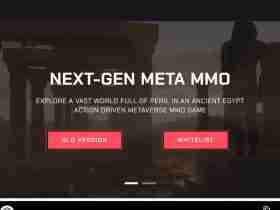 Mummy.io Ico Review: It Will Impact Your Game Style