Streamr (DATA) is an open source project and decentralized platform that relies on cryptography instead of trust. It is a P2P, real-time data infrastructure that houses a platform and tools for a new data economy. The technology stack includes a scalable real-time messaging network (pub/sub) hosted on computers worldwide, a marketplace for trading/selling data and a set of tools for working with real-time data.

The (DATA) was crowdfunded in 2017. The main idea is to create decentralized infrastructure and data economy; the mission was formulated by the developers as “Unstoppable Data for Unstoppable Apps. tokenizes the value of real-time information and makes it available on their marketplace and data unions. This is built for DApps, IoT devices and more, and they believe this is a crucial protocol

Who Are the Founders of Streamr?

Streamr Coin AG (the legal entity responsible for the implementation of the protocol) was incorporated in 2017 and based in Switzerland. The Streamr open source team consists of skilled programmers, financiers and software developers, distributed across various time zones. Henri Pihkala is Streamr’s founder and CEO. He has a M.Sc. of Computer Science from Helsinki University of Technology. He has experience in software development for real-time data processing, along with 10 years of freelance IT consulting. Pihkala worked at RIQ Yhtiöt Oy and Hedgehog Oy as lead software engineer, and served as the founder and CTO of Unifina and Data in Chains.

Connect your data streams to a global, neutral data fabric. The Network is a robust, massively scalable peer-to-peer network for transporting machine data with the pub/sub pattern. Deliver end-to-end encrypted data points to thousands of subscribers in under 400ms globally, without trusted middlemen. Nodes earn crypto by providing bandwidth. Data integration is as easy as five lines of code.

Streamr uses smart contracts on the Ethereum blockchain to secure payments and data permissions. DATA, an ERC-20 standard token, is used for settlement and to incentivize network nodes to provide bandwidth for data transport.

The most proven smart contract blockchain

No need for any middlemen in your payment process

Streamr Coin A partnership between The World Wide Fund for Nature (WWF) Philippines, UnionBank and consultancy partner TX is working on Tracey, an app for fishermen that will use blockchain for documenting and verifying catch and traceability data. The provided data can then be used by financial institutions such as UnionBank to conduct credit assessments to be able to provide micro loans to the fishermen

The delivers unstoppable data to unstoppable applications. It is the real-time data backbone of the global supercomputer. It is a decentralized network for scalable, low-latency, untamperable data delivery and persistence, operated by the DATAcoin token. Anyone – or anything – can publish new data to data streams, and others can subscribe to these
streams to power Ðapps, smart contracts, microservices, and intelligent data pipelines.

Ethereum is a technology that’s home to digital money, global payments, and applications. The community has built a booming digital economy, bold new ways for creators to earn online, and so much more. It’s open to everyone, wherever you are in the world – all you need is the internet.

Stream Today, billions of people can’t open bank accounts, others have their payments blocked. Ethereum’s decentralized finance (DeFi) system never sleeps or discriminates. With just an internet connection, you can send, receive, borrow, earn interest, and even stream funds anywhere in the world.

The decentralized real-time data pipeline is built on top of a multi-layered
technology stack:
• Streamr Editor constitutes a usability layer and toolkit which enables rapid development of decentralized, data-driven apps.
• Streamr Engine is a high-performance event processing and analytics engine that executes off-chain in a decentralized fashion. It can run on a decentralized computing provider such as Golem.
• Streamr Data Market is a universe of shared data streams which anyone can contribute and subscribe to.
• Streamr Network is the data transport layer, defining an incentivized peer-to-peer network for messaging in the decentralized data pipeline
• Streamr Smart Contracts enable nodes in the Streamr network to reach consensus, hold stream metadata, handle permissioning and integrity checking, and facilitate secure token transfers

Streamr Coin subscribers are the consumers of data in the network. DATAcoin, the network’s usage token, enables subscribers to subscribe to streams. Other parties gain DATAcoin by contributing to the network: the broker nodes (the “miners” of this network), and the data publishers.

Tags: How it work Streamr How to buy Streamr Streamr Coin review

What Is Serve? (SERVE) Complete Guide Review About Serve. 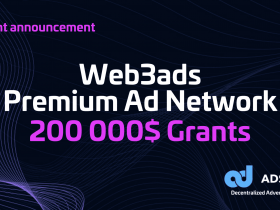