What Is PlotX (PLOT)? Complete Guide Review About PlotX.

Storj.io pronounced as “storage,” is an open-source cloud storage platform. Basically, it uses a decentralized network of nodes to host user data. The platform also secures hosted data using advanced encryption. In a white paper published in December,2014, was first introduced to the world as a concept. It was to be a decentralized peer-to-peer encrypted cloud storage platform. Two years later, an updated white paper was published. Here, a decentralized network — connecting users who need cloud storage space with those who have hard drive space to sell — was described. The platform was launched in late 2018. People with hard drive space and good internet connectivity can participate in the network. They become a unit in the network, called a node. Space providers are rewarded by tokens.

Storj Coin check your specs and if you qualify they send you an auth token—once you get your auth token, you’ll read through the set up instructions and get started.

Once your node is set up, it will receive pieces of encrypted files. Later, you’ll share the file pieces when a client requests them and be compensated for the bandwidth used in the transfer.

Every month you’ll receive a payout in the token for the storage and bandwidth you’ve provided on the network.

Storj.io pay you for your unused disk space to power the Network and securely store encrypted data from Tardigrade cloud storage users.

The team believes that openness and transparency are critical to everything they do at the Labs. The internet of tomorrow will be open, decentralized, and will incorporate design principles that prioritize people’s privacy. Because of this, it is critical that every aspect of the codebase of the public decentralized network be open source to ensure the highest levels of quality and security. they commit to licensing the code as permissively as possible and creating revenue streams for other open source projects that will support their efforts to drive innovation and create sustainable businesses

Storj.io developers who are interested in contributing to open source project are invited to contribute code. Any pull requests that help the network and improve upon the open source software will be welcomed and accepted into the platform, after code review. Any changes that could impact network stability or data reliability will be rejected.

They choose to make the code of the public decentralized network available for audit and contribution to deliver the highest levels of quality and to ensure they can meet the service level agreements (SLAs) they commit to. They are also committed to protecting the network from satellites and storage nodes that attempt to impede us from delivering on these SLAs. Network participants whose actions could result in data loss or other negative outcomes will be categorically removed from the network. They will also use open source licensing and branding to ensure the integrity, performance, and security of the network. This ensures that decentralized network remains healthy, stable, and reliable.

Tags: How it work Storj.io How to buy Storj.io Storj Coin review 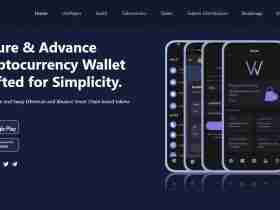