ShoCoin allows users and enterprises to establish their identities with one another in a secure, verified way so that any transaction–whether it’s to login, share personal information, or complete a financial transaction–can be accomplished quickly, seamlessly and with peace of mind. Creating a ShoCard ID can be done either through the ShoCard App, or a company or entity can build in the technology into their existing Apps via ShoCard SDKs (Software Development Kit).

ShoCoin are an integrated part of the ShoCard platform and allow for exchange of compensation between different entities as users share their identity and other information that service providers associate with their identity such as their credit score or college certificate.

Even the user can be given an incentive for utilizing it. ShoCoin is token used for such an exchange to expand and ease the sharing and validating such information and to create   proper micro-compensation for each transaction. The ShoCoin token exchange allows service providers to trade and monetize their identity services (e.g. a certified user credit score with a lender or leasing office). These tokens are also used to offer incentives to users for using their digital identity and to compensate ShoCard for its services.

Security – User’s data, including their biometrics is always on their phone and encrypted when stored. For each field, the data is one-way hashed and then digitally signed. That signature is the only thing placed on the blockchain.

Privacy – User’s data is always kept with the user on their mobile device. It is never stored in a central server that can be hacked. User’s decide with whom their share their data with and which specific pieces of their identity they choose to share.

NEO’s goal of creating an ecosystem where blockchains make it easier and more transparent for regulatory entities to track resources, as well as, making it easier to perform transactions aligns with our vision. The ShoCoin platform has a broad vision. A multitude of different modules and components will be needed for the run. This ecosystem will involve transactions, history, reporting, transfers, integrations, security, high scalability, and availability. they have a clear vision of the products we will need to build to achieve these goals.

between different entities as users share their identity and other information that service providers associate with their identity such as their credit score or college certificate.
Visit Website
Tags: ShoCoin ShoCoin Ico ShoCoin Review

What Is Waykichain? (WICC) Complete Guide Review About Waykichain. 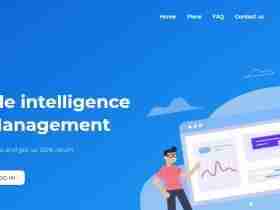