ScPrime Twenty-five years after the first public Internet trials, the long promise of distributed global networking has taken an unexpected turn with a small group of Silicon Valley hegemons in control of your connected world. Instead of open access in a competitive environment, the future of exponentially growing shared data creation, storage and distribution has been captured. Large-scale data breaches, network outages and government intrusion lead headlines while managers have little choice but to migrate critical business data to the cloud as benefits far outweigh even the most severe risk.

But it doesn’t have to be this way. They can reclaim the promise of distributed tech and return control back to the creators. ScPrime (pronounced ess-cee-prime and short-handed as SCP) is building a decentralized cloud storage product on a fully distributed network. This paper describes our core technical innovation, network development and the business model we’ll use to recapture the promise of globally interconnected computing.

ScPrime A handful of public cloud storage companies hold a decisive share of enterprise data, with Amazon’s AWS IaaS product controlling over 49% of the market 1. Aggregating data in huge, purpose-built facilities is reversion to the client-server model on a global scale with increased risk of damaging data breach, monopolistic pricing and questions of data ownership. Business managers need alternatives that return control to the customer.

The foundation of ScPrime is an open source protocol with early feature abstraction. Leveraging open source development is cost effective in allowing the project to quickly move to proprietary innovation and tangible product deliverables. The following features form the basis they build. A distributed ledger of financial transactions between mostly anonymous participants is publicly validated by specialized computers (Proof-of-work) competing to bundle “blocks” of transactions, colloquially referred to as mining2.

SCP began when the open source project centralized this validation by forcing participants to purchase equipment solely from a company owned by the development team, thus orphaning a large inventory of equipment capable of providing decentralized blockchain verification from anyone and anywhere in the world. The result of a publicly verified transaction consensus is known as a blockchain.

Contracts include a root cryptographic hash composed of individual segments that are hashed into a ScPrime tree. The root hash along with the data object size is used to verify storage proofs. Contracts specify duration, challenge frequency and payouts. Each client creates contracts with many providers based on desired price and performance characteristics. Finally, contracts include a fee.

ScPrime Public cloud services and infrastructure are growing exponentially with compound annual growth rates (CAGR) of 20% forecast through 2022 and increasing beyond6. Even with potential risk, enterprise is transitioning from onsite capital expense outlays and personnel to predictable operational expenses in the cloud. Competition is expected from incumbent providers and new technology, yet the opportunity is so large there will likely be many winners. The successful competitors will start by meeting basic requirements. 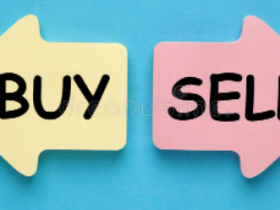 What Is Buy-Sell (BSE)? Complete Guide Review About Buy-Sell. 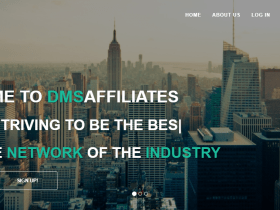 DMSAffiliates.com Affiliate Network Review: Striving To Be The Best Convertin.