What Is Sarcophagus (SARCO)?

Sarcophagus is a blockchain-enabled, general-purpose digital dead man’s switch. It is autonomous, censorship resistant and immutable. They rely on modern smart contracting networks like Ethereum or Tezos as well as Arweave’s permanent file storage network; files you place in a sarcophagus are only unlocked in the event of you failing to attest to the contract. Historically, dead man’s switches have been used in heavy machinery to ensure the operator is paying attention and is present at their post. However, there are many other examples of physical-use cases such as suicide bomber vests and even Russia’s Strangeness Dead Hand nuclear program.

Bitcoin gave the base of blockchain tech, it proved to that making computers do physical things to supplant human trust (or violence) is not only sustainable, but approaches antifragility. Ethereum gave the ability to execute code on a 100% up time, decentralized and immutable computer. Arweave gives the ability to economically store and retrieve files from a separate, immutable and permanent file system. Only the combination of multiple groundbreaking innovations in the past 10 years has made sarcophagus possible.

Leaving Secrets to The Future

Sarcophagusr goal with this is to make secret recovery easier and more intuitive. However, they know that they can’t simply start offering password recovery with a centralized server (ZK or otherwise); that would be going backwards. They have to conceptualize the idea of secrets, how they affect as humans, the value they hold, and the nature of timeline concerning their storage and recovery.

Sarcophagus built a version with a centralized server as an ‘Archaeologist’ to show how sarcophagus will work in the future. (It works today, but you probably shouldn’t trust it with anything important.) Available at demo.sarcophagus.io , this version requires Metamask to operate. The Recipient account will require private key exposure, but does not need to have any value, so feel free to spin up a new keypair to play with. There is also no concept of ‘digging fees’ or ‘bounties’ in this demo version.

The ERC20 SARCO token is the primary unit of exchange in the network and is used in two ways. The token represents the price that an Archaeologist will charge in servicing a given sarcophagus. The Archaeologist will list their minimum digging fees and bounty in terms of SARCO. Thus the value of a Sarcophagus token will hit an equilibrium point when the network matures that is equal to all costs expended by all Archaeologists on the application plus the human value of the services received by the embalmer.

Any changes in the underlying value of the tokens consumed during the Archaeologists’ operations will also affect the relative price of SARCO. This basis of value accretion in the SARCO token allows Archaeologists to further optimize their operations not just by avoiding slashing penalties, but additionally by employing creative strategies in their treasury management of SARCO, as well as their management of required fee token wallets.

In the mummification phase, the Embalmer will upload the ‘corpse’ (payload data), which is encrypted client-side with the public key of the Recipient. The Embalmer will also include several other parameters in the mummification process. In order to become an Archaeologist, an operator must spin up the server as well as post a bond in Sarcophagus tokens that is available for curses. Once an Embalmer chooses to curse an Archaeologist, and all of the public minimum parameters of the Archaeologist are exceeded, there is no way for an Archaeologist to recover the cursed portion of their bond other than to perform their duties as specified in the curse contract.

When the Embalmer wants to attest to their liveliness, they re-wrap the sarcophagus by sending a transaction through the contract with a new resurrection time. Resurrection times can be set to anything in the future, and can be decreased or increased from the previous value; only the Embalmer is able to re-wrap a sarcophagus. During each re-wrapping, digging fees for the previous period are also released from the curse contract and paid to the Archaeologist. At this point the Embalmer now must pay more digging fees to the Archaeologist in order to compensate for the Sarcophagus of the bond that was cursed and locked on their behalf. 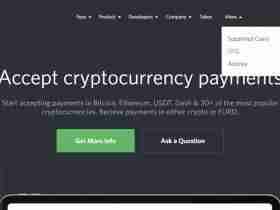