Roboots in the Roboots land Universe can be controlled by their owners or renters and fight other robots in the Arena. Each robot has a level and assigned colors. These colors symbolize the special powers of the robots. (For example robots with red color do more damage, robots with green color can regenerate their health faster, blue robots will have their own shield, yellow robots have more health etc.)

Contains a 5×5 grid (by default) consisting of random colors and the numbers that these colors correspond to. Each square on the grid consists of a color and a number. The size of the grid varies according to the quality and level of the robots in combat. Consists of fighting robots, health and power indicators and the features the player can use (Buff).

How it is played

Player presses the ‘’Roll’ button each time it is her turn and a random square is chosen on the grid*. The special powers of the robots are determined according to the color of the square, and the damage they do is determined by the number on the square. Roboots If the colors of the player’s robot are the same with the colors of the selected square, the robot deals damage to the opposite side. The player can increase the damage of her next hit by using the features (Buff) of her robot based on the robot’s level, she can choose to strengthen the defenses of her robot or manipulate the color and number distribution on the grid to her advantage.

Execution of the Algorithm

Before you start you will get a hash of the server-seed, which is encrypted. This hash contains the entire game round you’re about to play, so the game owner cannot change it no matter what. Roboots Also, because it comes to you in an encrypted code, you yourself cannot calculate any results for the hands you’re about to play. To verify the seed, use a third party tool to generate the SHA256 hash of the unabashed server seed. Once you do that, you can check to see if the two hashes are the same. If they are, you can calculate the results and compare them to the ones provided.

What Is Dero (DERO)? Complete Guide Review About Dero.

What Is Crave (CRAVE)? Complete Guide Review About Crave. 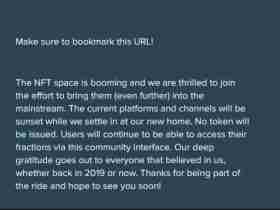