What Is Bilira? (TRYB) Complete Guide Review About Bilira.

What Is Revolution Populi (RVP)?

Revolution Populi A decentralized user-controlled layer-1 blockchain database which allows any person to be accessed – but only if they choose to be — operated and maintained decentrally by a Decentralized Autonomous Organization (DAO), apart from any central authority, can be a sustainable core for a data sovereignty ecosystem. An open source project to package up social net components, each compatible with the layer-1, and each made openly available, could allow dozens or hundreds or even thousands of social nets to bloom.

In effect bringing to bear the ultimate “Facebook Killer Kit”, and placing data tyranny on a plausible path to extinction, engendering a market for fair economic equilibrium between social nets and users. A cryptocurrency clearing house mechanism / app built on top of the layer-1 — which would be a product offered by Revolution Populi from a
commercial business entity — could bring structural stability to the entire crypto trading marketplace, ushering in a new era of institutional participation by way of risk management backstops and structural confidence, and could serve as a stability beam to buttress and bolster an ongoing data sovereignty ecosystem.

Revolution Populi Packaging social net components that’re compatible with the layer-1 can be a powerful consumer app mechanism for both development and ultimately consumer scale. This type of framework would allow users to establish their account on the blockchain, and to therefore have the ultimate mechanism to control their data, and the value generated from it.

It would allow a user, any user, to port their data between social nets (or any apps) as they see fit, to clip the apps that do things they don’t like, to re-engage with them if they feel like it, and to be placed in a position of sovereign control over any value that’s generated from their data (that’s generated from their very “being”); and it would allow the elegant capability to utilize this value to directly consume any manner of products and services that may be offered within the ecosystem, all by way of a native cryptographic token.

Revolution Populi decentralized DAO layer-1 blockchain would allow for atomic counter party-risk novation when it comes to crypto trading — a digital risk-off loader for counter parties in crypto trades — ushering in a multilateral market where anyone could trade any crypto on a guaranteed basis (and not just ERC-20 tokens and a bunch of synthetics) without fear of the other side re-neg-ing.

The decentralized RevPop layer-1 is a natural neutral base layer upon which an app / service could atomically clear crypto trades, with true counter party risk novation through a clearing house structure. These mechanics can then be underwritten by a decentralized guarantee fund, where depositors earn yield once a trade settles, and they can earn it in RVP.

The Revolution Populi token has multiple uses. Within the layer-1 ecosystem, a variety of apps can provide consumer services. The RVP token would be used for these transactions, for commercial purposes. As an example, several different social networks can compete with one another. The nature of business competition comes down to the quality of your product or service, and the price you charge for it. In social networks, the business model is about advertising dollars, which all goes to them.

In this new ecosystem, since the user owns and controls their data, different apps with different feature sets (some more appealing than others) can compete based on the quality of their services, which has always been the case; but now they will need to compete on price too. Advertising revenue would need to be shared with users based on a competitive equilibrium.

By virtue of the Revolution Populi consensus algorithm, which is a proof of stake algorithm, blockchain witnesses “stake” in order to verify a block. These stakers then get paid in yield. Since it is a delegated proof of stake algorithm, and witnesses are elected by popular vote, so the RVP token also functions as a “maintenance” token. And since the DAO foundation would be responsible for issuing grants, also based on popular votes of token holders, the token also acts in a governance capacity for the direction of the overarching protocol. 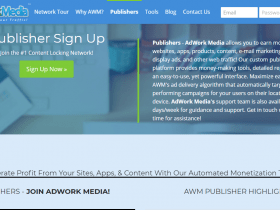