Radicle (RAD) is a decentralized code collaboration network built on open protocols It enables developers to collaborate on code without relying on trusted intermediaries. Radicle was designed to provide similar functionality to centralized code collaboration platforms — or “forges” — while retaining Git’s peer-to-peer nature, building on what made distributed version control so powerful in the first place. Throughout the last decade, open source has become a standard for software development. Sharing code freely and publicly has made it drastically cheaper and easier to build software—and tech innovation is surging as a result.

Radicle (RAD) Code hosting and collaboration platforms like GitHub and GitLab have contributed heavily to the growth of open source by bringing it to a mainstream audience. They defined standard vocabulary and behaviors, made git accessible to a greater audience, empowered social coding, and created global communities of developers. It is an undeniable fact that they have completely changed the way people write code. As the status quo for code collaboration, these platforms also host the largest repositories of open source development made up of not just code, but issues, pull requests, reviews, and comments. Even the social relationships—stars, likes, follows—exist solely within these platforms.

Radicle (RAD) These platforms, however, are owned by corporations. They are subject to corporate law and have the right to define their terms of services. They can implement user bans—like those currently in place against Iranian, Syrian, and Crimean GitHub accounts in response to pressure from the U.S. government. They are vulnerable to censorship as well as capitalist ends, which are often misaligned with the goals of free and open source communities.

Radicle (RAD) was conceived as an alternative. Its goal is to eliminate intermediaries and create a peer-to-peer ecosystem that is robust, functional, and secure. There must be an intentional shift in narrative to prioritize the adoption of decentralized alternatives for code collaboration that abide by the principles of free and open source software.

To complement the replication layer we introduce a totally-ordered consensus-backed registry which holds canonical project metadata. This allows projects to anchor important information—such as project state and repository head—with the guarantee of global availability and immutability.

The three major themes to highlight are the decisions to focus on a peer-to-peer code collaboration model, to build on the underlying distributed version control system for replication, and to adopt a protocol-first approach.

The network is powered by a peer-to-peer replication protocol built on Git, called Radicle Link. Radicle Link extends Git with peer-to-peer discovery by disseminating data via a process called gossip. That is, participants in the network share and spread data they are “interested” in by keeping redundant copies locally and sharing, otherwise known as “replicating”, their local data with selected peers. By leveraging Git’s smart transfer protocol, Radicle Link keeps Git’s efficiency when it comes to data replication while offering global decentralized repository storage through the peer-to-peer networking layer. Since all data on the network is stored locally by peers on the network, developers can share and collaborate on Git repositories without relying on intermediaries such as hosted servers.

How is Radicle different from GitHub?

How do Collaborate on Radicle?

Radicle is designed for bazaar-style development. This means that there is no single canonical view (e.g. master) of any project, but multiple upstreams maintained by maintainers and contributors that exchange patches with each other.

In practice, this means that to fetch and receive changes from contributors, you have to add other people as remotes to your project. Adding someone as a remote automatically tracks them, giving you a way to continuously subscribe to the updates they make to your project (i.e. new commits).

You may be used to the concept of setting up an origin remote for a project when pushing to a centrally hosted platform like GitHub. This allows you to fetch and push changes from the server that hosts your project. In Radicle, remotes of other peers point to the Git monorepo on your machine that stores all of your Radicle data. These remotes allow you to fetch changes from your peers and publish your changes to the Radicle network. This means that fetching and pushing to remotes are local first actions. To read more about how Radicle is built on Git see our How it Works section.

The introduction of social coding features like bug reporting, patches, and code review will improve the process of finding and fetching changes between people on the network by making it easier to know those changes exist in the first place.

What Is REVV (REVV)? Complete Guide Review About REVV. 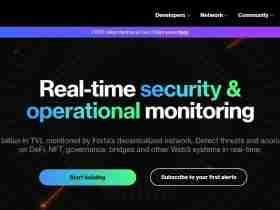