Pundi X Minamoto’s seminal Bitcoin white paper proposed a revolutionary new digital currency. But it was based on its predecessor Hashcash and the proof-of-work concept was originally proposed by Dwork and Naor in 1992 1 as a means of combating junk email. More than just a white paper, “Satoshi” released the open source reference implementation in 2009.

Because Bitcoin itself was more than just a white paper, but an actual working system, it was able to capture the imagination of developers and leverage the paradigm of open source software development to quickly iterate and improve into a global-class financial infrastructure.

More importantly, Bitcoin is an open system that allows for evolution through forking and as such provides an assurance of its long term trustworthiness. If stakeholders ever get upset with the direction of Bitcoin, they can and already have produced forks that users and miners can migrate to if they see fit.

The Problems of Bitcoin

The biggest problem with Bitcoin at the moment is that it has not broken out into mainstream adoption. One study pegs the number of active crypto-currency users to between 2.9 and 5.8 million. This paper proposes a solution for adding a billion users to the cryptocurrency movement by adding two key elements missing in order to provide significant adoption by mainstream users.

Today, the only thing you can buy with a cryptocurrency are other crypto-currencies. The vast majority of people have no involvement with this process and no interest. Until the average user can use cryptocurrency to buy a bag of rice or a loaf of bread, the relevancy of cryptocurrency will be restricted to a small audience.

Following in the footsteps of Bitcoin, Pundi X has the same properties of Real Implementation, Open Governance and Incentivization that allows for the rapid global expansion of the solution. This paper presents Pundi X, a platform for consumerizing cryptocurrencies by enabling their use in retail Point of Sale (POS) through a mobile app and contact less payment card.

Pundi X is a complete end-to-end solution for contact less and mobile retail point-ofsale (POS) including a full-stack reference implementation of all the components. It includes a mobile application, a contact less smart card and point-of-sale (POS) terminals that are already in deployment. All of these components will be made widely available through open source and open specifications.

There are many reasons why people are now turning to digital currency. The most obvious use case is for transactions, but digital currency also plays a key role in promoting financial inclusion, overcoming foreign exchange issues, and even mitigating the instability of fiat currency.

People all over the world are eager to get their hands on our blockchain-based payment solution, the XPOS. Emerging markets want the XPOS to stabilize their payment ecosystem amid hyperinflation. Developed markets are partnering with us to digitize and modernize their payment infrastructure using our blockchain technology.

The most versatile payment ecosystem of its kind

Your partners want to drive market adoption of your XPOS solution. They are planning to make your API available to developers, provisioning them access to co-create an even better borderless digital currency payment ecosystem through various token utilization scenarios. In order to continue attracting developers and partners for the XPOS, XWallet, and XPASS, third-parties will need PUNDIX to fuel the transactions, rewards, payments, and incentives. 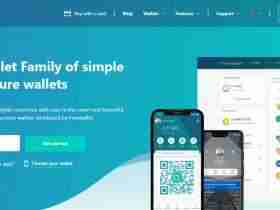 What Is Kiki (KIKI)? Complete Guide Review About Kiki.