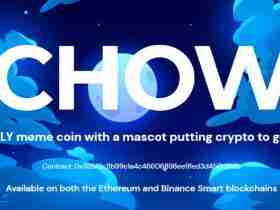 Observer Weather observations are made in real time every day through a variety of methods including satellites, weather radars and ground-based observatories. Data obtained from these observations are used either as initial conditions for weather forecasts or as real-time weather monitoring. Since weather observations require costly equipment and trained personnel, they are generally performed in the public sector.

The Observer intends to collect and distribute real-time weather data for regions where public observation networks are not well established. To realize this goal, the OBSR provides a platform that encourages observations by individuals and businesses, verifies the quality of the data and facilitates transparent data transactions. At OBSR, anyone can share real-time weather data that they collect using their smartphones, automobiles, mini weather stations, vessels or aircraft.

The collected data is managed through big data technology and the observation history is recorded on a blockchain for legitimate compensation. This platform allows anyone in the world to provide weather data and purchase them on a real-time basis. This will be an alternative to the current limitations of the public observation networks and the inefficient data exchanges between countries.

Observer The Swiss Federal Office of Climatology and Meteorology estimated the value of the free-of-charge climate information provided to the public at up to $360 million annually (Frei, 2010). In the U.S., the value of weather information was estimated to be approximately $31.5 billion per year (Lazo et al. 2009). Now, its value is on the rise due to rapid climate change and frequent extreme weather events.

Observer Do weather observations have commercial value? In fact, higher solution observations and forecasts are already being commercially used in a broad spectrum of sectors including agriculture, food, medicine, travel, leisure, health, beauty, insurance, retail, automobile, energy, military, science, disaster prevention and public services. According to IBM, the total damages from the five most destructive weather events of 2014 amount to $17.4 billion worldwide with insured losses of $11.8 billion.

In the case of Switzerland, the Federal Office of Meteorology and Climatology reported that the estimated benefits of extrapolating weather and climate information in the agriculture sector are valued at $42 million, adding that the sector could cut 100 million Swiss Francs in costs by using weather and climate data to accurately estimate the energy demand (Frei, 2010).

Most of smartphones have built-in pressure sensors. Any smartphone owners can share pressure data based on their GPS with OBSR and become part of a OBSR member. First OBSR will compensate with OBSR coins for exchanging the data to OBSR wallet smartphone application. Then users can transfer OBSR coins to any other wallets that accepts Observer.

A smartphone is also useful for taking pictures of clouds. An simply take low-resolution pictures of the sky and send them to the OBSR foundation through the smartphone App. The photographs can be used to estimate cloud cover and to visually monitor real-time weather conditions.