Nowlage (NAC) An augmented-NFTs Crypto World exploration game challenges you to be an elite Summoner living on Binance Smart Chain. In 2225, Earth changed. The Mystery Abyssal Rifts are open, and Demons from other dimensions invade the world! With all the changes, humans found a way to summon the ancient Guardians to fight the demons by using magic books they found from ancient ruins. Your mission is to summon the Guardians to defeat the Demons and save the world!

Nowlage (NAC)Age takes advantage of blockchain technology’s perks to create a universe where Guardians are the main characters. Players’ mission is to Summon and training with the Guardians throught Guardians camp and auto-battle style system. The Nowl Age Game has two types of combat: PVE (Player vs Environment) and PVP (Player vs Player)where you can farm items and NAC Tokens that will allow you to advance in the game and develop The Nowl Age’s economy. $NAC is the primary utility token of The Nowl Age ecosystem. It simplifies the payment process and supports the growth of The Nowl Age ecosystem.

Nowlage (NAC) NFT Marketplace provides you with the opportunity to create (or as we call it, mint), sell, purchase, bid on, collect, trade, showcase and otherwise. With high liquidity, The Nowl Age NFT Marketplace is a peer-to-peer marketplace for NFTs collected or created in the games that users can trade easily and quickly on 24/7 basis. Rare digital NFTs items can be stored securely and displayed in NFTs Marketplace.

Push Marketing with KOLs on board

Nowlage (NAC) is a prominent game that can implement a complete solution for building blockchain-based games and rapidly achieve both traditional game players and existing blockchain users through its unique distribution system and public blockchain plan.
The Nowl Age aims to generate the easy entrance to a complete blockchain gaming ecosystem to reduce the barrier to access faced by non-blockchain developers and players. This allows users and the development team are both incentivized to work together to grow The Nowl Age network. We are ambitious to build The Nowl Age to become widely recognized as one of the largest and strongest communities in NFT gaming.

Nowlage (NAC) An NFT Shop offers a variety of Magic Books so that players can get started in the game by using the book to summon the Ancient Guardians. In addition, the NFT Shop also sells special equipment to help Guardians develop more strengths when fighting.

Nowlage (NAC) Guardians after Summoned can be sent to the Guardians Camp to earn rewards. The Guardian will produce NAC tokens per block. Users need to choose the pool corresponding to the type of Guardians they own to stake.

Nowlage (NAC) The Demons in other dimensions are invading through the Abyssal Rifts. They are very powerful. Your mission is to summon the ancient Guardians to defeat the Demons, Seal the Rifts and save the world!

Nowlage (NAC) The Arena of Valor is the place where the Guardian proving their power in a one-on-one Battle as well as team battle! Summoners can compite with each other or Bet for their favorite team here! 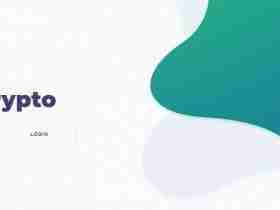