Node Squared If you’re a frequent DeFi user then it is likely that your news-feed has recently been inundated with a vast array of projects based around the use of “nodes”. Inspired by $STRONG, these projects allow investors to lock up predetermined amounts of a project’s token in return for a fixed return on that asset. For example, you lock up 10 $TOKEN to receive a node, which in turn pays out 0.X $TOKEN per day, allowing you to ROI in a definite period of time. These fixed returns offer an interesting take on “passive income” and allow these projects to project future cash flows and manage their treasuries accordingly.

Node Squared However, as an ordinary investor, it can be difficult to keep track of and manage multiple nodes, particularly given that such projects are appearing cross-chain on almost every popular L1 network. Moreover, the popularity of such models has led to a surge in acquisition costs that can put the cost of acquiring a full node in a promising project out with the budget of regular retail investors.

Node Squared provides you with exposure to top-tier node projects and allows you to earn monthly passive income through both bear and bull markets. Treasury funds go towards securing nodes from trusted projects (like $STRONG and $RING). Revenue generated by these nodes is directly distributed back to holders via perpetual staking pools.

Node Squared To give a better picture of how Node Squared works, let’s take an example where $N2 experiences a $5,000,000 day in trading volume. Using the example below, we can see that Node Squared captures this value by acquiring 116 $STRONG nodes. Based on the below parameters, Node Squared provides $1,660,000 worth of ETH directly to the GYSR pools over the period of a year, resulting in $32,000 worth of rewards per week for stakers.

The NodeMap is Node Squared purchase list and will be curated by the core team from time to time depending on the current market landscape. The initial goal for the project will be to acquire 100 $STRONG nodes. As pioneers of this niche and with their solid background, coins see this as a stable basis for the project recurring node rewards with relatively lower risk. After acquiring 100 $STRONG nodes other projects will be included based on community demand and analysis.

Node Squared is a single point of exposure to every promising node project in DeFi. Node Squared takes inspiration from similar cross-chain exposure aggregator projects such as Multi-chain Capital, but with a fixed income twist. The final 2% in tax is distributed to $N2 holders as passive reflection rewards — an additional incentive to hold and stake (NB: reflect rewards will be earned whilst staking $N2 in the GYSR).

What Is Parabolic(PARA)? Complete Guide Review About Parabolic.

What Is Sentivate (SNTVT)? Complete Guide Review About Sentivate. 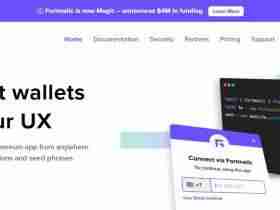