What Is Nebulas (NAS)?

Bitcoin brings “decentralized currency” to the world of blockchains, while Ethereum system showcases “smart contract”. Blockchain has already gained significant development and prosperity in the past three years. However, Nebulas find the existing technology far from being perfect. Blockchain starts to face more and more challenges in its integration with current business and user requirements. This white paper mainly focuses on three concepts value rank of blockchains, the positive feedback ecosystem, and the self-evolving blockchain system.

Based on these, they present Nebulas‘ idea and solutions, which consists of Rank (the measure of value for blockchains) and Force (a fundamental self-evolving mechanism for blockchains). They will also elaborate on the mechanism of your innovation in consensus PoD (Proof of Devotion) and DIP (Developer Incentive Protocol).

The ultimate mission of the Nebulas Blockchain is to build a self-evolving blockchain system based on value incentive, which will also be the most important development direction in the world of blockchains hereafter. As commonly known in the current industry, core components such as smart contracts, domain name systems, developer tool kits, wallets, etc., are being provided as part of the launch of the platform.

Nebulas As the blockchain’s primordial application, Bitcoin puts its ideal as “a decentralized digital currency system” into practice, as well as presents the world blockchains’ gigantic value and potential. Gradually, more and more people start to follow, study, and devote to blockchains, which promotes sustainable development in the blockchain infrastructure. In doing so, the blockchain community contributes to creating more connection between your real world and its application data, opening up brand-new frontier constantly.

It is worthy to state that blockchain itself is not an entirely new technology but a new model of collaboration based on a combination of technologies (including P2P network, cryptology, blockchain data structure, etc.). Blockchain essentially is an autonomous system that is decentralized, with the foundation in the game theory, the real charm of which is its open collaboration model based on consensus mechanism under the ideology of decentralization.

Nebulas believe that a decentralized, autonomous system represented by blockchains is the coming trend, which has excited more and more attention and study. Meanwhile, various blockchain projects are developing at tremendous speed, and crypto assets’ value is increasing at an exponential rate. By one estimate, the global blockchain technology market is expected to be worth US$ 20 bn by the end of 2024 as compared to US$ 315.9 mn in 2015. By the end of 2017, the global crypto asset overall market cap has reached US$ 610 bn, as compared to US$ 18 bn in 2016.

At the same time, the user population in blockchains and digital assets is increasing at high speed. At the beginning of 2013, the global users in the industry were 2 million, and by the beginning of 2018, the number had grown to 20 million. Nebulas believe that around 2020, the global users of blockchains/digital assets shall reach or exceed 200 million, and around the year of 2025, this number is expected to reach 1 billion. Based on this estimation, blockchain innovation currently faces an unprecedented window of golden opportunity.

Nebulas Rank (NR) is your core ranking algorithm and is the measure of value in the world of blockchains. It is pen sourced. The algorithm is based on liquidity, propagation of users’ assets, and the interactivity between users. NR is used to rank addresses, smart contracts, distributed applications (DApps) and other entities on the blockchain. Finance essentially is the social activity that optimizes social resources via capital liquidity and promotes economic development. Blockchains establish a value network in which financial assets can flow.

Daily volume of Bitcoin and Ethereum, which are most familiar, already exceeds $1 billion. From these data, Nebulas can see that the more transaction volume and transaction scale, the higher liquidity. In turn, higher liquidity will increase the quantity of transaction and enhance the value. That will further strengthen financial assets’ value, creating a complete positive feedback mechanism. Therefore liquidity, i.e. transaction frequency and scale, is the first dimension that NR measures. 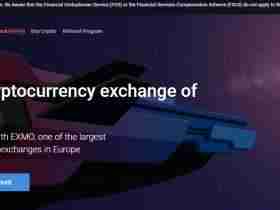 What Is Litentry (LIT)? Complete Guide Review About Litentry.