What Is Neblio (NEBL)?

Each office or hospital in the network runs a private version of the blockchain node which ensures that every single record stored in the ledger is accurate and immutable across the entire network in real time. The answer is a distributed application. Imagine the same application, but instead of using a traditional database, the application accesses and stores the medical records in real-time on a private (due to medical record privacy laws) Neblio blockchain network.

What is the Neblio Blockchain?

Neblio While legacy blockchain networks have gained popularity by focusing on the digital transfer of value (cryptocurrency), next-generation blockchain solutions will focus on how the underlying technology can be evolved to support new use cases through innovation. While these next-generation solutions will also support the transfer of value due to the fundamental need of transferable “tokens” on the network, the focus will be on enabling new technology and use cases.

In the case of Neblio, enabling businesses and enterprise developers to harness an intuitive blockchain platform and developer ecosystem to rapidly develop and deploy decentralized applications that utilize distributed ledger technology instead of traditional database architectures.

What are distributed applications?

What Is PayFlow (PFT)? Complete Guide Review About PayFlow 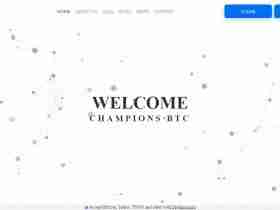 What Is Holoridet (RIDE)? Complete Guide Review About Holoride.