Muskswap Is A New Meme Coin Born To Show Admiration To Elon Musk’s super Projects like SolarCity, Tesla, Space X and his Constant Influence On The World Finance. MUSKSWAP is a decentralized platform where users can perform various operations with BEP-20 tokens. It’s based on Binance Smart Chain using permissionless liquidity pools that are automated and run completely by algorithms. This use of algorithms to run the pools makes an automated market maker (AMM). Users can swap/exchange BEP-20 tokens on muskswap.io and earn $MUSK and other tokens in the ecosystem like $TESLA, $STARLINK, $SPACEX by joining liquidity pools, staking & farming programs.

Muskswap Create a MetaMask Wallet/Trustwallet using either a desktop computer or an iOS/Android mobile device. That will allow you to buy, sell, send, and receive MUSK.

Connect your wallet to MuskSwap

Visit Muskswap.io, access your wallet to MuskSwap by clicking ‘Connect to a wallet’ and selecting MetaMask.

Muskswap can start buying with cheaper price as soon as you have BUSD (BEP-20) available! If you want to join staking & farming MUSK, you can swap with the market price.

Muskswap by using liquidity pools. They are essentially pools of tokens locked in smart contracts. The contributors to the liquidity group are known as liquidity providers. Anyone can become a liquidity provider by depositing an equivalent value of two tokens into the pool. This enables the users to trade/swap cryptocurrencies. MUSK eliminates all of these concerns because it exits the confines of the Ethereum ecosystem. The Binance Smart Chain was developed to streamline all of these actions and provide a more cost-effective alternative to users. This strategy has helped the platform stand out amongst the growing competition amongst DEXs.

$MUSK is developed on BSC, MUSK and MuskSwap tokens are born to form a community that supports the billionaires as well as famous people and their businesses who participate in the cryptocurrency market, especially Elon Musk – one of the most influential technology billionaires in the world’s financial and cryptocurrency markets. $MUSK is the native token of MuskSwap.io platform, a DeFi platform where users can participate in Pools, earn $MUSK from Farming & Staking program; The protocol that MuskSwap uses is BSC (Binance Smart Chain), which is the most modern protocol which can magically boost the speed of transactions and, at the same time, the other features are extremely versatile. Moreover, Binance Smart Chain transaction cost is much cheaper than another popular protocol Ethereum network.

The token Muskswap symbolizes Tesla Motors, Inc. It is an auto maker headquartered in the United States that designs, creates, produces, and sells luxury electric vehicles. It is passionate about doing things in a different way. Elon Musk, set out to confirm that electric vehicles could be superior to gasoline-powered vehicles.

The token symbolizes SpaceX – Musk’s aerospace firm. SpaceX’s Falcon 1 and Falcon 9 rockets, which were launched in 2002 to help lower the cost of space travel and enable the colonization of Mars, are developed to be reusable. The company has managed to fly six cargo resupply stations to the International Space Station.

The token Muskswap symbolizes Starlink. Starlink is a satellite internet constellation being constructed by SpaceX providing satellite Internet access. The constellation will consist of thousands of mass-produced small satellites in low Earth orbit (LEO), which communicate with designated ground transceivers.

The ecosystem also includes $MUSK, $SPACEX, $TESLA, $STARLINK, the symbols of which show the most famous super projects of Elon Musk. Those tokens are in development & coming soon to the community! Collect all of those tokens and watch your assets fly to Mars!

Muskswap Users can farm MUSK in many different ways, the first of which is using LP tokens to farm. The profit they give you can be up to 500%+ APY, an amazing number compared to other platforms. However, users should note that they only accept tokens whose protocol is BSC, other than this protocol, other protocols are not accepted. Regarding Fairlaunch, for mining, 25% of them will be distributed to participants instantaneously, 75% of them will be locked for 1 year and will be distributed continuously block by block after that. Moreover, they launch a part of the team’s tokens & marketing/affiliate rewards equivalent to the tokens farmed by the investors to avoid the price inflation. This guarantee the fairness to the community.

The objective of $MUSK developers is to support Elon Musk who has many great projects and a big power in the crypto market. If anyone has amassed considerable power to move markets with a single tweet, it’s none other than the Elon Musk. With over 55 million followers, the celebrity CEO ‘literally’ shakes the market every time he posts something about cryptocurrencies on Twitter. The Tesla and SpaceX CEO’s Twitter posts have previously sent Bitcoin sky-rocketing one week after announcing Tesla would accept the cryptocurreny as payment, only to fall staggeringly low soon after another comment on Musk’s part said Tesla would suspend those types of payments. Musk has consistently rallied support for bitcoin and other coins and those coins’ price also increase with a very high speed. These are just examples of the man’s power. 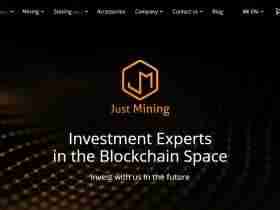