Mining is a huge part of blockchain and crypto, but today’s mining industry is closed to all but the most determined individuals. Minto As mining difficulty has increased, home solo mining as a hobby has become a thing of the past. Very few people have the resources or willingness to become professional cryptocurrency miners when the cost of equipment, the difficulty of its maintenance and power consumption are constantly growing.Various mining pools and services for cloud mining have tried to solve this problem.

The essence of cloud mining is that the process takes place using a remote data center with shared computing power. Minto Cloud mining can be compared to the purchase of shares in a large factory, where everyone receives the product produced in proportion to their investment. But cloud mining has little transparency and is home to many scams, since all the business processes are centralized by one entity. The other big disadvantage of cloud mining comes from the power lease, which has a limited validity period, during which the terms are fixed.

In addition, many services charge for power consumption and revenue output. There is another part of the crypto industry that is increasingly popular since 2020: DeFi, which sparked the current period of crypto growth. DeFi uses smart contracts to enable trust and transparency in the market and makes crypto extremely attractive as an investment – DeFi projects work like a crypto version of trust banks.

Minto token is backed by a state-of-the-art data center located in Karelia, which houses the Project’s mining operation. The 86,000-square-meter data center is just 2 years old and has been fitted with the most powerful mining equipment available. Power for the mining equipment is supplied via a private hydroelectric plant with a current cap of 64.5 MW, which ensures that the facility always has more than enough available power.

Once the total energy efficiency in the Temporary Pool is successfully brought to the baseline level, the Project, with the consent of the owners of the mining capacity, will move all of the capacity to the Project Tokenized Pool and issue 1 BTCMT for every 0.01 TH added. If the base level is not reached, no tokens will be issued, and the mining capacity will wait to be brought to the base level again. The total number of tokens in circulation must generate at least that amount of mining power, the equivalent of which all tokens in circulation represent.

As described later, Minto partner mining pool will act as an independent auditor and periodically publish reports confirming that BTCMT is fully supplied with mining capacity. For example, if the blockchain shows that there are 1,500,000.00 tokens in circulation, then the project must have a Bitcoin mining capacity of at least 15,000.00 TH.

Based on worldwide mining statistics, the project calculates that the downtime of mining facilities may be up to 8% per year. The centralization of this step is necessary to ensure accountability and efficiency: the mining pool will act as an independent service provider and auditor, monitoring the sufficiency of the project’s mining capacity.

Minto company and the data center

The Minto company owns a large mining data center, whose creation is the result of extensive work. The company is a national leader in mining and hosting and owns the largest cluster of data centers in the country, in terms of square footage and total hash rate. All real estate, land, and equipment is fully owned by the Project. The team has established themselves as high-level professionals in front of F2Pool, Canaan and Slush Pool.

The key partners of the Company are the top Minto pool and Huobi Global. These partners act as independent auditors and a controlling entity who will have a vote alongside the Project in matters such as new token issuance, cost level adjustments, profit sharing, and any future product updates or new functionality creation. Once the project is launched, there will be 5 votes: 1 vote belongs to the key partners, 2 votes belong to the Team, and 2 votes belong to the data center owners.

What Is Party Board (PAB(BSC))? Complete Guide Review About Party Board. 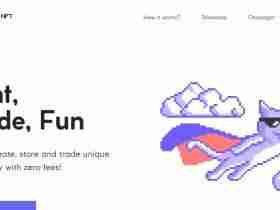 Cloud NFT Airdrop Review: A Total of 105 Winners will be Randomly

Optonium Ico Review – A advanced technology dedicated for your safe