What Is Mint Club (MINT)?

Mint Club is a smart token building platform that has no need to code and provides instant liquidity. Anyone can launch a smart token with just a few simple clicks. DeFi has had a significant impact on the building of token economies. But it’s still complicated for most people to launch a new token, create/add to a liquidity pool, and trade tokens. Plus, you need a technical background to build up smart contract-backed tokenomics. We believe that this complexity is blocking the mass adoption of DeFi.

Rug pull or malicious token pump/dump schemes have mainly originated from unfair token launches. Most of them set a large token allocation for the team with a zero acquisition cost, which can be easily dumped out on the market later on. They’re working on a decentralised token building platform with a fair launch system so that both token creators and holders can form healthy crypto-economics.

Mint Club empowers anyone to build a Smart contract-backed token with just a few simple clicks and no need to code. You set the token name, symbol, max minting supply, and descriptions. The other complicated parts will be automatically done by the protocol. The initial supply of MINT tokens set ONLY based on the following categories during the pre-sign up period. 1) HUNT to MINT token swap, 2) MINT community airdrop and 3) your team’s HUNT to MINT token swap. There was no zero acquisition cost MINT allocations for the team. In other words, the team also burned their HUNT tokens to get MINT tokens via the HUNT to MINT token swap.

Bonding curve removes the need for liquidity providing or market-making.

The algorithmic price curve enables tokens to be purchased or liquidated (sold) at any time, directly through the smart contract. All smart tokens have a collateral contract where the value of the token is backed by MINT token. One of the most significant drawbacks of the public token launch is the centralised token distribution. Many tokens set a large portion of the token ownership from the initial supply with a zero acquisition cost, which can easily be dumped in the market later (a “Rug pull”).

In Mint, rug pulling is difficult because there is NO free allocation of the initial supply of the token creation. Even the token creator must pay the cost set by the price bonding curve to buy his/her tokens in the same way other people do.

Community earns 100% of all trading fees, NOT the team.

Mint Club set the trading fee structure to fit the decentralised protocol. There is a sell tax of 1.3% and a buy tax of 0.3% when a user swaps Smart Tokens, and all of the fees go to the community, not the team.First of all, anyone can share his/her referral link and take all of the trading fees accrued from the referred users who trade smart tokens.

Also, the trading fees go to the default beneficiary wallet if the swap transaction has been made by a user not referred by anyone and is added to the quarterly HUNT burning system.Mint Club is a public protocol, so anyone can create their own web interface that interacts with the Smart Tokens on Mint and can set any wallet as the default beneficiary to make a profit model.

A botherless swap interface with the lowest possible fees.

Mint Club provides one of the most user-friendly interfaces in the decentralised environment. Each smart token has its swap page with excellent token descriptions, and it has a one-click shareable link (i.e. mint.club/Token Symbol). Also, they are built on Binance Smart Chain, which has x35 cheaper gas fees. Plus, this designed the most straightforward possible scripts on your smart contracts to streamline the cost structure.

Any user can create a referral link to invite friends to Club. When someone visits Mint Club matically go to the referrer’s wallet whenever a trading transaction is made. Plus, this is a lifetime bonus. The protocol’s security is your top priority, so have put maximum effort into reviewing possible risk scenarios. However, that does not mean that using Club comes without risk.

Please use Club at your own risk. You may meet unexpected smart contract issues. Please do your own research before deciding to use this platform. All contract codes and transactions are publicly verifiable. They are not liable for any financial loss. 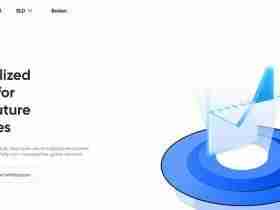 What Is Multiverse? (AI) Complete Guide & Review About Multiverse