MimbleWimbleCoin (MWC) Bitcoin set the standard of what digital money could be, but, unfortunately lacks a few of the key characteristics of good money. Released seven years after Bitcoin, MimbleWimble technology was created to solve these privacy and fungibility deficiencies while also providing greater network scalability.

MimbleWimbleCoin (MWC) All MWC transactions on the base layer use Greg Maxwell’s CoinJoin with his Confidential Transactions and signature aggregation. Therefore, all transactions keep all data about the sender, receiver and amount private and each MWC is fungible because it does not have a unique transaction history recorded on a public ledger like legacy blockchain technology does.

MimbleWimbleCoin (MWC) In the 2018 paper titled Aggregate Cash System: A Cryptographic Investigation of Fuchsbauer, et. al. concluded, “In this paper, we provide a provable-security analysis for . they give a precise syntax and formal security definitions for an abstraction of that they call an aggregate cash system. they then formally prove the security of in this definitional framework. Their results imply in particular that two natural instantiations (with Pedersen commitments and or BLS signatures) are provably secure against inflation and coin theft under standard assumptions.”

The MWC project was announced in February 2019 with an airdrop to Bitcoin holders.Registration took place between April 20, 2019 and July 19, 2019. More than 148,000 BTC registered in thousands of addresses with a value greater than $1.2B. The MWC airdrop was one of the most anticipated and largest airdrops ever.

MimbleWimbleCoin In early April 2020, MWC went through a phase transition with the successful deployment of a hard fork. This resulted in two major changes: (1) a proof of work change so that around November 2020 MWC would solely use the C31 algorithm and (2) an emission rate change.

As the MWC network continues performing flawlessly according to the consensus rules the market may generate more trust and confidence in MWC’s ability to help them solve problems they face. The Initial stock have been fully distributed, MWC development is now only funded by donations from the community. The development and implementation of non-interactive transaction scheme (NIT) will set apart MWC from other coins by greatly improving usability and privacy. For continued updates as to the future goals of development please refer to the roadmap.

MimbleWimbleCoin With a provable supply cap of 20,000,000, MWC is a scarce pure proof of work based coin that enables greater network scalability, privacy, and fungibility than legacy blockchain protocols. All transactions on the base layer use Greg Maxwell’s Coin Join with his Confidential Transactions and signature aggregation.

June 2, 2021 Announcing GUI Wallet 1.0.0 for Android Mobiles! Android powers more than 2.5 billion active devices, this marks the next step in the evolution of Self Sovereignty!

What Is Newton (NEW)? Complete Guide Review About Newton. 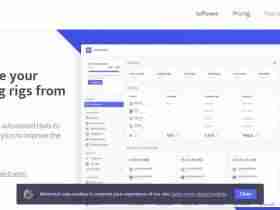