Loomx is a platform as a service that is built on top of Ethereum and allows developers to run large-scale decentralized applications. This platform was released on October 1st, 2017. The goal of this is to allow application developers to have smart contracts that can access much more computing power when it is required, or maintain the same power at lower costs for tasks such as trials for onboarding new users or applications that simply do not need the full security of blockchain to begin with. In this system you have the ability to interact with APIs developed by third parties which are not on chain. Loom attempts to be the ultimate platform that allows smart contract developers to create applications without the need to switch to another programming language. As such, they can easily integrate their applications with the outside world.

Loomx Coin is a multichain interop platform live in production since early 2018. Optimized for scaling high-performance dapps that require a fast and smooth user experience, the network allows dapps to offer a UX comparable to traditional applications and onboard new users without the friction of needing to download crypto wallet software. Loom also has integrations to Bitcoin, Ethereum, Binance Chain, and Tron (with EOS and Cosmos coming soon). This allows developers to integrate assets from all major chains, as well as build a dapp only once and offer it to users on all platforms simultaneously.

Who Are the Founders of Loom Network?

The Loomx was founded by Matthew Campbell, James Martin Duffy and Luke Zhang in 2017. Matthew Campbell is one of the co-founders and principal of the Loom Network. He is also the principal of Hyperwork Inc, and was also a lead software engineer at Digital Ocean, an instant messaging server architect at Thomson Reuters, an engine mechanic and co-founder of Erplane, a Scala Dude at Tapad, an architect at Bloomberg, a technical architect at Thomson Reuters, a senior R&D engineer at Bertelsmann, he rewrote the Gucci website into Ruby on Rails, he was the lead technical engineer.

The token is a proof-of-stake token used to secure Loom Network’s mainnet, called Basechain. LOOM holders can stake their tokens to help secure and earn rewards in the process. The token is also used by developers to pay for dapp hosting on Loom Network. Unlike Ethereum, developers pay a flat monthly fee to host their dapps on Loom, so their users don’t have to pay transaction costs.

Loomx Coin need to wait for some distant scaling solution. Loom is live in production — so you can launch your dapp now and start on-boarding thousands of users immediately.

Fast and Scalable for Serious Dapps

Loom Network runs on Delegated Proof of Stake (DPoS) and is optimized for the fast confirmation times and high-transaction throughput necessary for serious real-world dapps.

Loomx network enables transactions at lightning speeds and at zero cost to your users. There’s no need for users to pay gas fees and no need for MetaMask popups at every action or button click.

With the integrations and Universal Transaction Signing, users from every major chain will be able to access your Loom dapp using their native wallets. Deploy to Basechain just once and open your dapp to a massive audience.

Loomx Coin Basechain is a DPoS blockchain with 21+ external validators located all around the world, and has more than 247,828,530 LOOM staked. The chain has also been audited by Trail of Bits — a renowned information security company specializing in blockchain tech.

Launching your dapp on a single blockchain that’s incompatible with others comes with a risk of vendor lock-in to a losing platform. Loom Network is continually building integrations with new chains to ensure your dapp never becomes obsolete.

One of the biggest problems slowing down mainstream adoption of blockchain technology is things being too complicated to use by regular, non-technical folks. Without a simple, intuitive user experience that even your mother can understand — none of this nerdy nonsense matters. That’s why Basechain is built for maximum pragmatism and practicality for dapp developers, along with intuitive user experiences for end users.

Loomx CryptoZombies is the leading resource for learning to build Ethereum dapps. It’s a free code school that teaches you how to write Solidity smart contracts through a series of interactive tutorials that guide you in building your own crypto-collectibles game. This code school has been used by over 415,672+ students to date, and we’re continually creating new lessons — including some brand new lessons on Libra Development. Even if you’ve never coded with Solidity or Libra before — we’ll walk you through step by step, starting with the absolute basics. 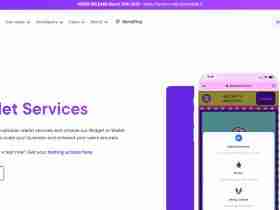 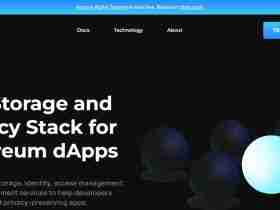