Jolofcoin is truly decentralized, independent, transparent, highly secured with a free open-source code. It is not pecked to the Euro and 50 % of its supply is not kept hidden in the French Treasury unlike the CFA . Hence, the hurdles in macroeconomic convergence across the countries in Africa in general and West Africa have absolutely no impact on JOL whose value depends on the global open market.

Jolofcoin In contrast to many easy-to-make tokens on the African continent, Jolofcoin (JOL) is the first decentralized cryptocurrency in West Africa built on its own blockchain through a robust Proof of Work consensus. It is an open-source peer to peer digital currency and doesn’t need the Stellar (XLM) network or the Ethereum (ERC-20) platform to exist. The single currency zone project through Jolofcoin uses a realistic approach based on verifiable data, tangible goals, and visible achievements.

Jolofcoin In grosso modo, the Jolofcoin project set specific targets and aim to bring stability in the financial ecosystem of West Africa by providing an alternative currency in the digital economy. Innovation is at the heart of the single currency zone project and the Jolofcoin ecosystem (desktop wallet, web wallet, mobile wallet, blockchain, explorer, mining pool, and source code) has already been launched.

Jolofcoin Evidence from the past 50 years suggests that the financial and economic independence of West Africa was never viable under its most popular and widely used currency inherited from colonialism, the West African CFA franc . The CFA franc is the currency of eight former French colonies in West Africa: Benin, Burkina Faso, Guinea-Bissau, Ivory Coast, Mali, Niger, Senegal, and Togo. These eight countries are also members of the West African Economic and Monetary Union (WAEMU)

Jolofcoin shortfalls in the objectives set by WAEMU in terms of economic stability, financial independence, and economic convergence pushed the other remaining countries in the Economic Community of West African States (ECOWAS) to take on a new project. ECOWAS is an international body of West African countries established in 1975, aimed at advancing economic cooperation” .

Jolofcoin its inception, it has been instrumental in assisting countries in the region in peace negotiations, and transparency in political transitions. In effect, all the West African countries had agreed to form a new currency union after WAEMU leaves the CFA, however because a specific timeframe was never set “the five Anglophone countries of Ghana, Nigeria, The Gambia, Liberia and Sierra Leone decided to go ahead and initiate another monetary union tagged “The West African Monetary Zone (WAMZ)

Jolofcoin concept of a single currency was first raised in ECOWAS in 2003. However, deep differences in economic structures and macroeconomic convergence have been major obstacles for ECOWAS common currency project for decades. Consequently, its introduction, has been delayed multiple times before this year: in 2005, 2010, 2014. ECO has now been pushed to 2027.

Jolofcoin In effect, it has been shown that even with strong institutional framework, the ECO currency project in West Africa will most likely fail because of inexistent convergence between member states, the level of corruption, lack of transparency in governance, and inflation. In addition to that, political instability in the region has led many experts to assert that if ECO is not properly implemented, it might possibly bring West Africa’s economy to its knees for good. This is because, as of late 2021, West Africa has seen multiple coup d’états, election fraud, presidential third-term controversies, protests, natural disasters, etc.

Jolofcoin (JOL) as an alternative in West Africa.

Jolofcoin (JOL) came from a need to empower the regional financial system through technology and blockchain by putting a particular emphasis on innovation, creativity, transparency, and decentralization. With JOL, power is given back to the people who can make the right choices about their own futures without the interference of government

Jolofcoin genesis block of Jolofcoin was created on January 01, 2021. The Genesis Block, also known as Block 0, is the very first block upon which additional blocks in a blockchain are added. It is effectively the ancestor that every other block can trace its lineage back to since every block references the one preceding it

Jolofcoin is a cryptocurrency built on its own blockchain network. Blockchain is a specific type of database which is a collection of information that is stored electronically on a computer system. Information, or data, in Jolofcoin’s databases are structured in table format to allow for easier searching and filtering for specific information. Information is processed through a robust Proof of Work consensus. Jolofcoin, therefore doesn’t need the Stellar (XLM) network or the Ethereum (ERC20) platform to exist.

Jolofcoin holders and miners are all owners and have equal control over the network; everyone does equally. New software and upgrades are released by the curators’ team and developers; however, the community can choose whether or not they want to use it. 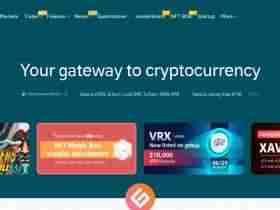 Gate.io Crypto Exchange Review: It Is Good Or Bad?