What Is Inu Jump and the Temple of Shiba (INUJUMP)?

Inu Jump and the Temple of Shiba is a treasure hunter searching for the lost gold reserves of the Queen of Shiba. He’s on a path to find the Temple of Shiba where there is a vast treasure that awaits him. Select different Inu characters as NFTs to begin each level. Jump, spring and race through 10 heart pounding levels that sequentially become more difficult and collect coins along the way to get the highest scores.

Avoid bad guys that could cut your journey short. Collect as many coins as you can and you’ll move up on the leader board where you can play to earn tokens daily. Larger prizes for highest weekly scores.

Inu Jump and the Temple of Shiba Storage Key Points

Through Inu Jump and the Temple of Shiba daily tournaments. Go through the game with your 3 lives and gather as many coins as you can to achieve the highest score. The top 10 most earned in-game tokens will earn tokens at midnight every day. Larger prizes for highest weekly scores.Ways to Utilize Token:

What are the game controls?

Start the game by choosing one of ten different characters. Scroll your mouse to the right and click on a character you want to play with. Each character has their own special abilities. Inu Jump and the Temple of ShibaAfter you’ve selected your character, click “PLAY” Your Inu Jump automatically jumps from platform to platform to go higher – you control whether he jumps right or left. Most platforms do not move; some move from side to side or up and down.

They are not evenly spaced so you must move the Inu by tilting your device to the left or right as he jumps. Use your keyboard right and left controllers to move your Inu Jump character. Once you move your player, you automatically jump. If you miss a platform and there isn’t one below to land on, you’ll go into free fall and end the game.

Game gadgets, blackholes and springs what are those?

You don’t have any control over the Inu Jump’s speed – it remains constant unless you land on a platform that has a booster gadget on it. Some of these gadgets, such as springs and trampolines, make your next jump a lot higher. Inu Jump and the Temple of Shiba You get a free ride up through platforms if you land on gadgets like propeller caps or rocket packs. These give you a fast boost for a short period – listen for them to start to run out so you can be ready to move to a platform when they’re exhausted.

What are those cracked platforms?

Watch out for cracked platforms that break when you land on them. In some themes you’ll also come across other dangerous platforms, such as yellow ones that explode when they turn red. If you hit an enemy character, it’s game over. Although you can initially go around enemies, this gets harder as the game goes on.

You can jump on them from above to kill them, or you can shoot them. Inu Jump and the Temple of Shiba To shoot, tap the screen in the direction in which you want to aim. If you find this tricky to master, tap under your Inu Jump when you hear the enemy noise – this shoots straight up and should deal with any enemies that are in your way.

How do I earn from the Play to Earn?

There’s so many ways, let’s spring to it. Connect to the game with your wallet. Its free. Play and get the highest scores daily to win. You’ll also be able to stake your tokens come Q1 Refer friends to the game and you’ll get tokens. Through Inu Jump and the Temple of Shiba daily tournaments. Go through the game with your 3 lives and gather as many coins as you can to achieve the highest score. The top 10 most earned in-game tokens will earn tokens at midnight every day.

YOLOToken.Com Ico Review – Reach The Masses By Simplifying The Blockchain In A Funny Way. 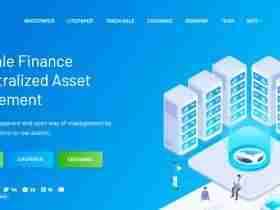 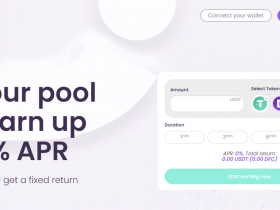