Energy is the key to improving quality of life, yet approximately 1.2 billion people across the globe lack access to clean, reliable electricity. Distributed, renewable energy solutions empower under served and impoverished communities—both literally and figuratively—while they reduce the use of fossil fuels and mitigate the effects of climate change. Many economists agree that in the coming years great wealth creation will emerge from these 1.2 billion people who will ascend to middle class status. But Impact PPA believes that this can only happen if they are given access to energy.

Using the transfer mative power of the blockchain, Impact PPA offers a unique solution to today’s energy problems—and tomorrow’s as well. The Company is creating a decentralized energy platform that disrupts and reimagines the energy funding, distribution and payment process. ImpactPPA is establishing an “end to end” solution for energy generation from funding, construction through to payment and ultimately, revenue recognition. This model breaks the funding bottleneck by decentralizing Power Purchase Agreements (PPAs), using Smart Contracts which eliminate the layers of intermediaries between the funding and consumption of energy.

Impact PPA is a blockchain based technology platform that will transform the global energy marketplace allowing consumers of energy to “Pre-Pay” for electricity from a mobile device. ImpactPPA uses the power of the blockchain to provide a payment rail for investors, project developers, service providers, governments utility companies and others driven from a trusted and transparent platform. The ImpactPPA solution also allows for the un banked population of the world to gain identity and reputation through transacting on the platform for the most basic of needs – electricity.

Utility scale or Micro-Grids deployed in over 35 countries, power is generated, stored and delivered. Power flows to a smart meter which is connected to the blockchain. Consumers of electricity interact with their smart meter and purchase power from a mobile device. Impact PPA is an Ethereum-based decentralized energy platform that will transform the global energy finance industry. ImpactPPA uses the power of the blockchain to bring together capital and consumers in a way that is direct, responsive, and expedient. ImpactPPA solves the problem created by legacy financial institutions of too much bureaucracy, cost and infrastructure to effectively and efficiently provide solutions that work!

Impact PPA announced that it is now working with the Minister of Small and Medium Enterprises in India on a project to restart the Indian textile industry called Harit Khadi. Harit Khadi, when fully deployed, is designed to employ over 50,000,000 women in the cotton processing industry. As designed, Impact PPA will provide the renewable energy generation and blockchain technology for the project. The project officially kicks off in Q3 of 2018.

Impact PPA recently completed installing 160KW’s in the city of Les Irois, Haiti. The town had been without power for 2 years since Hurricane Matthew. 160KW’s powers roughly 1/3 of Les Irois and there are plans to expand the installation for 100% coverage. This is the 1st of 42 cities on the West Coast of Haiti that Impact PPA expect to be installing through company partnership with Caribbean Climate-Smart Accelerator (CCSA). The homes and businesses will be set up with smart meters and the power generation and payment will be managed by Impact PPA’s technology.

Impact PPA and Earth Day Network (EDN) have entered into an agreement to provide 50 socially impactful renewable energy projects by EDN’s 50th anniversary in 2020.In their first project together, Impact PPA and EDN will provide a renewable energy system to the Edna Adan Hospital in Hargeisa, Somaliland. The hospital provides maternity care and treatment to over 21,000 women throughout Africa.

What Is Baby Floki(BSC)? Complete Guide Review About Baby Floki. 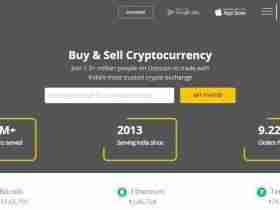 Unocoin.com Crypto Exchange Review: It Is Good Or Bad?