Hoge Finance (HOGE) is an ERC20 token on the Ethereum blockchain that has a 2% tax on every transfer. Part of that tax is reflected back to current holders, and part is burned forever making Hoge a deflationary cryptocurrency asset. Hoge is a fair launch project; everybody buys in. Even the developers. There will never be more HOGE in circulation than there is now. The Hoge Token is 100% owned by community members and trading exchanges. There is no developer wallet or revenue structure built into the token itself. The human resources group within the project has estimated there is an average of 80 to 110 developers or significant contributors working on the project at any given time, all working for free.

Hoge Finance (HOGE) is a community – Because there is no developer wallet, the community is incentivized to work together to achieve its common goals. Hoge has achieved success by focusing on the improvement of its brand, Decentralized Finance (DeFi) technology, charitable efforts, and most importantly its people Memes are the latest iteration of language evolution in the hyper-connected society. The combination of the comedic, visual, and literary forms has reimagined fundamental communication norms in the 21st century.

Hoge Finance (HOGE) Exploring this form is proving to be one of the necessary challenges of the time as information becomes subjugated to human desire. Through non-traditional incentive structures both in Finance (DeFi) and Cooperation (DAO) they can reimagine the way society functions to achieve previously impossible goals where political will (cooperation) or resources (finance) were scarce. The Hoge community promotes the simultaneous growth of an economy and its participants through rapid collaboration and alternate financial structures. Hoge solves the chicken and egg problem of poverty: with no resources, it is impossible to grow, and without growth, it is impossible to acquire resources.

Hoge Finance (HOGE) most powerful aspect of Hoge. Hoge is very well positioned to introduce the benefits of Ethereum ’ s decentralized network to the mainstream. What Mickey Mouse did for the Disney Brand, Hoge will do for Ethereum and DeFi.

A non-profit association in Switzerland watches over the brand. It executes partnerships and agreements on behalf of the community. This entity offers a doorway into the corporate world for DeFi projects.

Solving the corporate ⇔ DeFi partnership by promoting a governance model where the Hoge Association supports and is beholden to a Decentralized Autonomous Organization (DAO).

Hoge Finance (HOGE) has seen two successful minting events to reward Hoge holders. The mint is a webapp where holders can upload their favorite meme and have it turned into a trading card/nft token that lives on the blockchain forever.

Hoge Finance (HOGE) Finance has some very ambitious future goals and these include:

Listing on a US-headquartered exchange
Creation of a program to send satellites into space
Completion of an NFT eCommerce marketplace, making HogeMint
a single source for creating, viewing, and purchasing
Creation of a crypto crowdfunding platform
Development of a HOGE eCommerce/Merchandising platform
Development of a charity donation staking wallet
Implement a DAO governance Platform
Exploring dApp games within the Hoge ecosystem
Building two-way bridges to other networks (Matic, BSC, and
Fantom)
Creating a cross-chain swap platform

As part of exploring new frontiers and supporting the broader endeavors of humanity, Hoge has founded a small space program with the focus of developing a CubeSat platform to integrate crypto technologies in orbit. The team has a strong mission of broader impacts and outreach to bring value not only to the Hoge brand, but also to the greater community.

A true DEX would be run by the community, not a small team. Hoge intends to place power in the hands of the people with a configurable DEX controlled by a DAO. Despite the mantra of “vote with your dollar”, people are still incentivized to invest in companies that destroy their way of life. The DAO-DEX gives power back to the people

Hoge Finance (HOGE) To increase the utility of the greater DeFi space, Hoge is exploring bridges to various networks (Fantom, Polygon, xDai, BSC). This is the first step in building the more capable Cross-Chain swap, which only compounds the problems of a normal bridge

The simplicity of DeFi token launches is both a blessing and a curse. The crypto space still sees a lot of fraud and scams, of which Hoge will have no part of! The community is working on alternate incentive structures to have market forces do the heavy lifting when technology cannot.

Getting back to its currency roots, the community is working on a crowdfunding platform for Hoge to support content creators and artists with new business models via NFTs and microtransaction apps No part of this document should be construed as financial advice, nor as a guarantee of the future performance for HOGE or any other investment mentioned herein. Cryptocurrencies are extremely speculative and are subject to powerful market forces and fluctuations outside of the control of the Hoge Finance team. These include but are not limited to macroeconomic trends and governmental regulations. No one affiliated with this whitepaper or with Hoge finance assumes responsibility for the performance of your asset, for the delivery of tokens to your wallet, nor for the security of your wallet. It is your responsibility to take all necessary security precautions when purchasing cryptocurrencies.

DeFi Platform Oasis.app Raises $6M USD in Series A Round 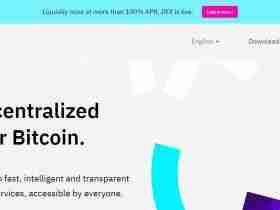 DeFiChain Airdrop Review: Also Get $25 Worth of DFI for Each Referral