What Is Hiblocks (HIBS)?

The needs of social media users are simple and intuitive. Users want to share content
and communicate smoothly with other users. To appeal to the future generation of
social media users, Hiblocks is launching a blockchain-integrating social media
platform to mend the unequitable reward model of existing social media platforms,
creating a virtuous cycle between content providers and content consumers.

Blockchain is an open distributed public ledger. It is an environment for storing and
distributing data in the form of a ledger, and once the data is stored it cannot be
modified arbitrarily and is transparently viewable by the public. Hiblocks aims to
introduce blockchain technology through its social media network platform in order
to make profit sharing transparent.

This change in communication has led to a network of online relationships being formed, an interconnected online space that has expanded with the smartphone and become largely mobile based. The boon of this online social network has created an era of communication between individuals in a way that is anonymous and global. As the use of social media networks has rapidly progressed, the online social network has evolved from blogs, to podcasts, to personalized platforms, to real-time streaming.

The individual’s social influence is constantly being expanded. As the demand for video-based social media network platforms, such as Hiblocks, Facebook, and Instagram have increased, the expansion of the individual’s media creation ability has increased. New corporate players, such as Naver and Kakao, have also entered into the market with video platforms as well. Therefore, as individual influencers continue to gain more influence, the possibility of increased revenue models are beginning to emerge.

Influences have gained confidence and trust from their followers, which in turn has led to these followers trusting in the products they advertise; therefore, influencers are a powerful tool for effective advertising and the selling of goods and services. Overall, status quo platforms are gradually losing the essence of a true “social” platform, with features such as indiscreet advertisements, data protection, and macro-communities.

The Blockchain is a decentralized open ledger. It is a distributed data storage
environment in which small pieces of datum generated by P2P transactions are stored into theoretical “blocks” and formed into a “chain.” It cannot be modified arbitrarily and all modifications are made public. Blockchain and crypto-currency are often confused as synonymous, but cryptocurrencies are a tool used within and by blockchain technology.

Bitcoin is a commodity that was not even worth 1 won per 1 bitcoin at the time of its inception, but now it is known as a valuable asset, and subsequently led to an explosive increase in trading volume and price. Many Hiblocks platforms are still being developed by applying blockchain technology beyond the simple creation and use of cryptocurrencies.

The Social Media Network and Platform

Unlike most current blockchains, by adding a side chain to the main chain, this allows for the privacy of specific data. It provides a secure environment for managing private information, such as a user’s personal information, so that various current issues of privacy can be addressed. This functionality is intended to protect users and enterprises without creating complete decentralization. Existing blockchain applications are referred to as Dapps (decentralized applications), but Klaytn aims to create enterprise blockchain applications (Bapps) that work within the current business models of society.

The Hiblocks network is composed of the CCN (Core Cell Network), CNN (Consensus Node Network), PNN (Proxy Node Network), ENN (Endpoint Node Network), and SCN (Service Chain Network). The main network that consists of CNN and ENN is in charge of the overall operation of the blockchain; the SCN provides a connectable interface to the service chain. This structure allows hiblocks to easily connect to Klaytn’s services, and promote synergy between the blockchain and the social media platform.

What Is Aave? (ATUSD) Complete Guide Review About Aave. 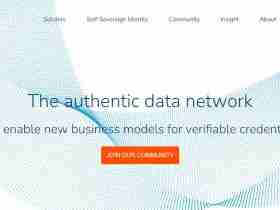