Helium (HNT) world is becoming decentralized. A multitude of platforms, technologies, and services are moving from centralized proprietary systems to decentralized, open ones. Peerto-peer networks such as Napster (created by one of the founders Shawn Fanning) [2] and BitTorrent paved the way for blockchain networks and crypto-currencies to be built. Now Bitcoin, Ethereum, and other blockchain networks have shown the value of decentralized transaction ledgers. Existing Internet services such as file storage, identity verification, and the domain name system are being replaced by modern blockchain-based versions. While software-level decentralization has moved quickly, physical networks are taking longer

Helium (HNT) network is a wide-area wireless networking system, a blockchain, and a protocol token. The blockchain runs on a new consensus protocol, called the Helium Consensus Protocol, and a new kind of proof, called Proof-of-Coverage. The Miners who are providing wireless network coverage in a cryptographically verified physical location and time submit proofs to the Helium network, and the Miners submitting the best proofs are elected to an asynchronous byzantine fault tolerant consensus group at a fixed epoch.

Hundreds of companies and thousands of developers are already building on The People’s Network, the world’s largest, and fastest growing LoRaWAN network. Thousands of existing solutions, sensors, devices and gateways can be easily configured to run Long Fi – a powerful blend of LoRa WAN and blockchain technologies.

Why use The People’s Network?

Connect devices and collect data in ways never before possible at a fraction the cost of cellular without needing to deploy and maintain wireless infrastructure.

The largest, public LoRaWAN network in the US and now available in Europe.

Range is optimized for devices running on Helium LongFi. Devices can communicate 200x further than Wi-Fi.

Connectivity costs are a fraction of those associated with cellular without the restrictions.

Helium’s Technology allows anyone to build out massive, cost-effective wireless infrastructures in an entirely new business model that benefits everyone.

The Helium Blockchain is a new blockchain built from the ground up to incentivize the creation of decentralized, public wireless networks. It’s based on a new, novel work algorithm called Proof of Coverage, and rewards miners in HNT, the native token of the Helium blockchain.

Proof-of-Coverage is a unique work algorithm that uses radio waves to validate Hotspots are providing legitimate wireless coverage. For this validation work Hotspots can earn HNT by verifying network transactions, adding new blocks to the blockchain, and performing other tasks.

LongFi combines the LoRaWAN wireless protocol with Helium blockchain so any LoRaWAN device can transfer data on the Helium Network. LongFi delivers roaming capabilities and supports micropayment transactions so customers only pay based on network usage without needing to deploy gateways or network servers.

Devices can relay through every Hotspot

Helium was founded in 2013 by Shawn Fanning, Amir Haleem, and Sean Carey, with a mission to make it easier to build connected devices.

The Helium Network is built almost entirely on open source code. And we actively encourage the community to develop and contribute to all parts of the Network. Below is a subset of the code that plays an integral role in the Helium Network. The full list can be found on the official Helium GitHub Organization.

These are the core libraries and repos that make up the Helium blockchain. Most things here are written in Erlang.

What Is Marvin Inu(MARVIN)? Complete Guide Review About Marvin Inu. 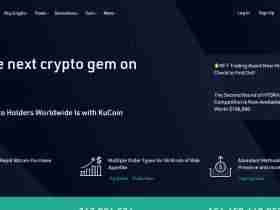