Hathor.network Labs is a company incorporated in the Cayman Islands. It was created to support the development and the launch platform. The primary goals of Hathor Labs are: Put together a team capable of getting things done Manage the development of the platform in its early stages Raise funds to support the early days of Hathor Guard the pre-mined Tokens (HTR) of the Foundation Labs raised funds selling equity and pre-mined tokens. As the main network had not been launched at the time, tokens were sold through Simple Agreements for Future Tokens (SAFTs).

They made a seed investment round with Friends & Family and some selected private investors. they raised enough money to keep our company small and running. The funds have been primarily used to support both the development of the technology and the launch of the magnet. They are open to investment rounds from global investors looking for both tokens and equity. Let’s grow together!

Hathor Coin arranges its transactions in a DAG – outside the blocks – which are confirmed by the blocks. This design reportedly allows to be highly scalable and decentralized. the aims to tackle the complexity of creating a new token. Tokens in the network will reportedly operate with the same scalability and security parameters as the native HTR token. The team started the development of the project on 27 Aug 2018 and the mainnet network was launched on 3 Jan 2020. The project is public and open-source, with anyone welcome to join.

Hathor.network technology is a natural evolution of Bitcoin’s blockchain, achieving 200+ tps with no central coordinator or masternodes.

After installing the wallet, just follow the instructions to initialize a new wallet for you. Remember to backup your words to avoid losing all your tokens.

Hathor Coin a scalable blockchain in which any 13 years old kid can create their own token for fun. You don’t need to know about “gas”, “solidity”, or “ERC 20” paraphernalia.

You don’t have to pay anything when sending or receiving tokens.

Different tokens can be reliably exchanged on the same transaction.

The security of Bitcoin relies on digital signature technology and network consensus. While digital signature ensures ownership, i.e., the funds may only be spent by their owners, and nobody else; the network consensus both prevents double spending and ensures that all processed transactions have sufficient funds. In short, every transaction must spend only unspent funds, must have enough funds available, and must be signed by its owners, authorizing its execution. Only when all these requirements are met, the funds are transferred.

Hathor Coin token Economics addresses why HTR will be valuable in the future and how Labs will fund the research and development to keep the ecosystem evolving. It also includes charts of the circulating supply, inflation rate, pre-mined tokens allocation, and pre-mined tokens release schedule.

Hathor.network they are candidates for the best blockchain. In fact, the criteria to choose the best blockchain is not the longest chain, but the one with highest score. The score of a blockchain is a measure of the work that is being verified by the head of the blockchain. The score of the block is also affected by the transactions that are being verified, so, miners have the incentive to choose the most recent transactions instead of old ones. 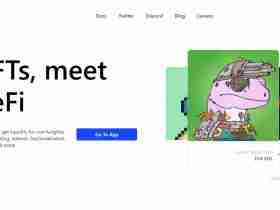 What Is Senso (SENSO)? Complete Guide Review About Senso.

What Is STIMMY (STIMMY)? Complete Guide Review About STIMMY.